You might not think of the Coachella Valley as a biking oasis. The low-density area is, famously, a desert. However, that could soon change thanks to a 40-mile, valleywide transportation project known as CV Link. Extending from Palm Springs to Coachella, the paved pathway provides a separated, near-continuous transportation option for cyclists, pedestrians, and low-speed electric vehicles like e-bikes and golf carts. 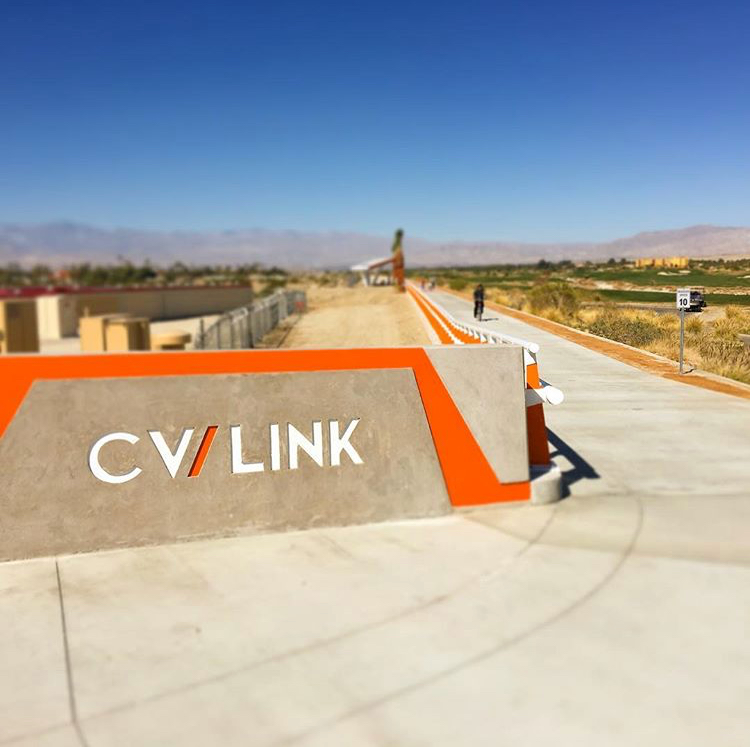 Although multiple segments are still under construction, residents like Lauri Ayailan have already incorporated completed lines into their daily routines. "I use it for … exercise and recreation three or four days a week,” said Ayailan, who became an avid cyclist after a series of running injuries. “And I use it for almost all of my around-town errands, commuting, and whatever else I’m doing.”

Even though commuters like Ayailan currently make up a minority of all CV Link users, the project will provide significant benefits for the region, including better air quality and increased public health. The project will help drive economic growth by encouraging entrepreneurial opportunities along the route, raising property values, increasing transportation options for tourists, and bringing in new construction jobs. CV Link also connects to a popular outdoor trail, making it an enticing option for recreational use.

These benefits will increase as the project edges closer to completion. The larger a multimodal project is, the more likely it is that people will incorporate it into their daily routines. After all, a trip to the grocery store on a bike is a lot more enticing if you do not have to worry about dodging cars and can enjoy your trip on a well-appointed network of paths. 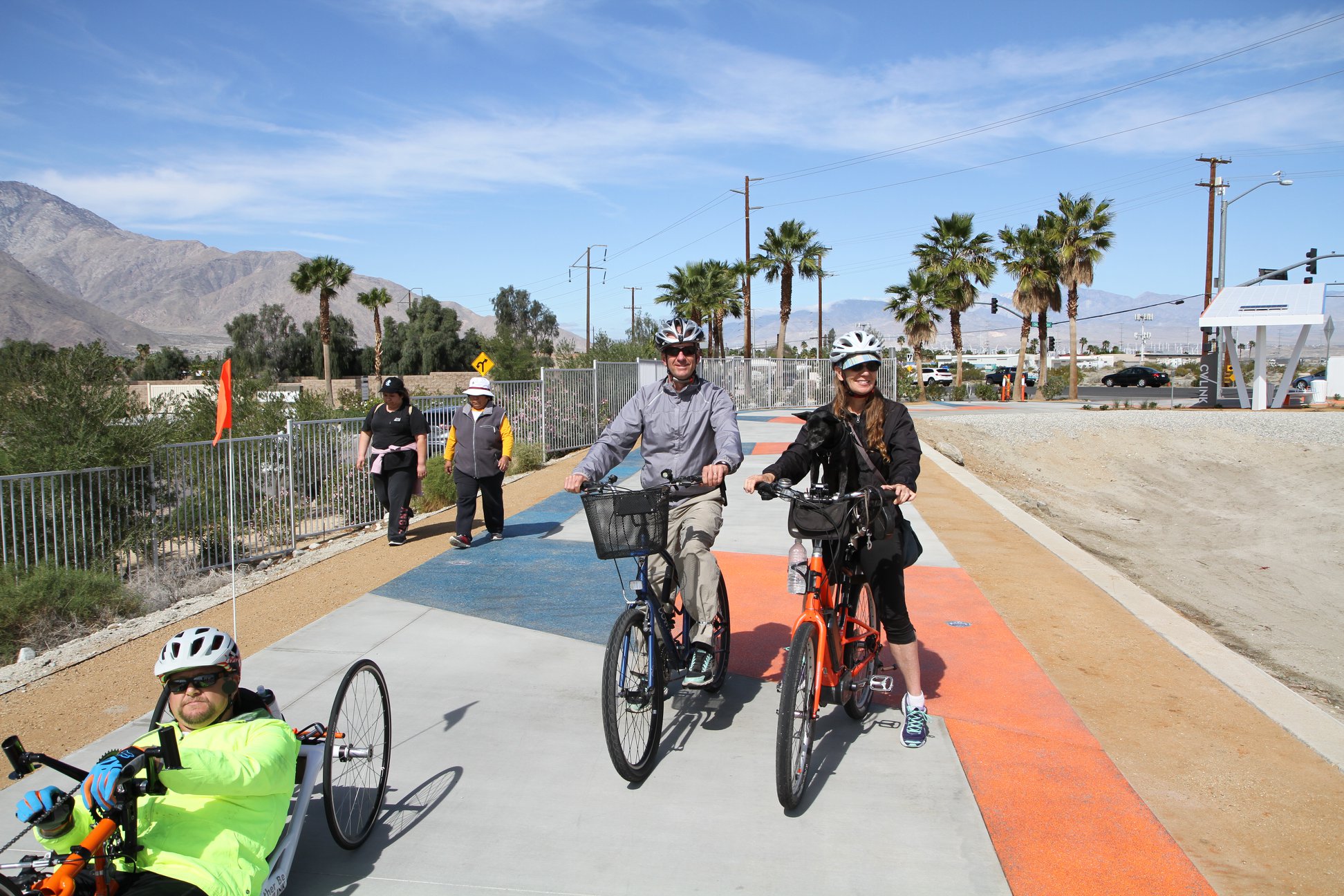 CV Link also has some less quantifiable benefits, such as a greater sense of community. Most trips are in a one to five-mile radius, meaning regular users often see familiar faces. It is not unusual to see groups of people talking with one another on CV Link.

“I get excited when I ride the section in Palm Springs and see people that I recognize,” Ayailan said. “That always gives you a feeling of ‘we all have something in common.’ We all like to get out and enjoy the morning and the outdoors in the desert and be with friends.”

The hot desert sun does not deter people from using CV Link either. They simply use it earlier or later in the day when the weather is cooler. “When you have air movement you feel fairly cool. It’s a good thing to do year-round,” said Gary Lueders, an avid 82-year-old cyclist from Rancho Mirage.

Tapping into a regional network

Developed by the Coachella Valley Association of Governments (CVAG), in collaboration with cities, county officials, and tribal leaders, CV Link utilizes the region’s unique landscape. Most of the pathway runs on top of the valley's levee system, completely separating it from busy, car-centric roadways.

The two-way lanes that do connect to roadways are separated by bright, concrete barriers. These sections typically include shade, benches, and water fountains. Any on-street segments also have an indirect benefit for motorists. They encourage slower driving — either informally or through reduced speed limits — which improves safety for everyone with a minimal impact on commute times. 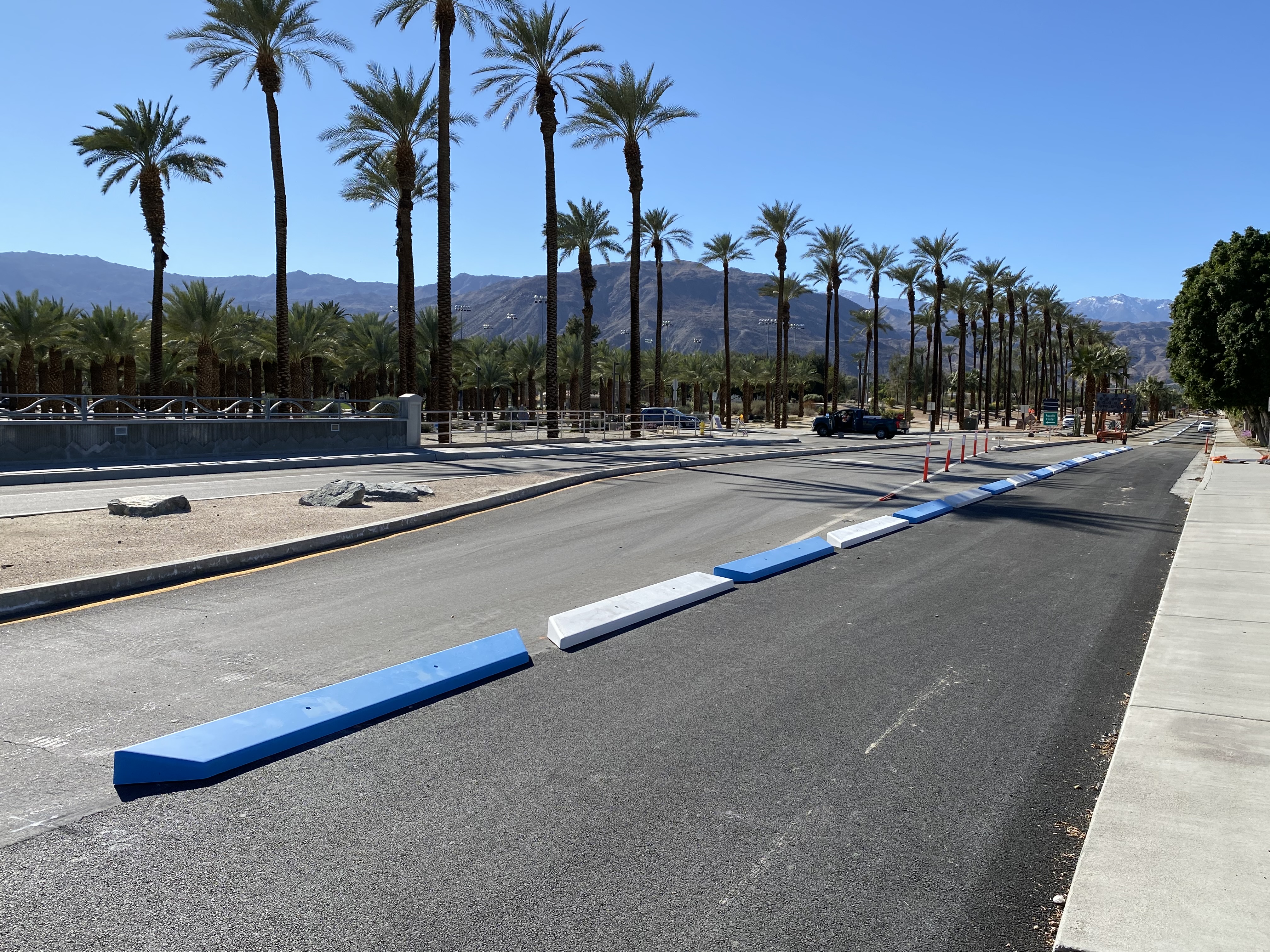 CV Link also runs under existing bridges, including those that cross the usually dry riverbed. When CV Link bridges do get wet — typically during flood control events — the specialized crossings remain safe to use after the water recedes.

Several communities, including Cathedral City, Palm Desert, and Palm Springs, are capitalizing on CV Link by creating similar projects that connect to the larger, regional network. This further magnifies the impacts of both CV Link and smaller, local networks.

“Because this project goes through various local cities, it could not be possible to have connected the bike, pedestrian, [golf] cart path together without a regional partner like CVAG leading the project,” Palm Springs Communications Director Amy Blaisdell said.

City officials in the east valley agree. “CV Link is a long-awaited and much-needed alternative mode of transportation for Indio residents,” Indio City Manager Bryan Montgomery said. “CV Link will provide pedestrians, bicyclists, and golf carts a safe and efficient way to move about Indio and the entire Coachella Valley — making it an even more sustainable and appealing place to live, work and play.”

Both CV Link and individual projects have already won awards for the project. Palm Desert recently won an award for its on-street segment from the Coachella Valley Branch of the American Public Works Association. Dubbed PD Link, the active transportation network will connect more neighborhoods, as well as major institutions like the College of the Desert, to CV Link.

In most cases, CV Link complements planned bike paths, general plans, and climate goals. Creating robust, active transportation options along the levee system had long been a priority for many cities in the region. However, they often lacked the funding needed to implement them.

“All of us have too small a population to do something like this on our own,” said Ayailan, who previously served as the city manager for Palm Desert.  “We don’t have enough people. We don’t have enough money or lobbying to be able to go after a [project] like this. But when you put us all together, working as a team with our fellow cities … suddenly we have a high enough profile … to draw funding.” 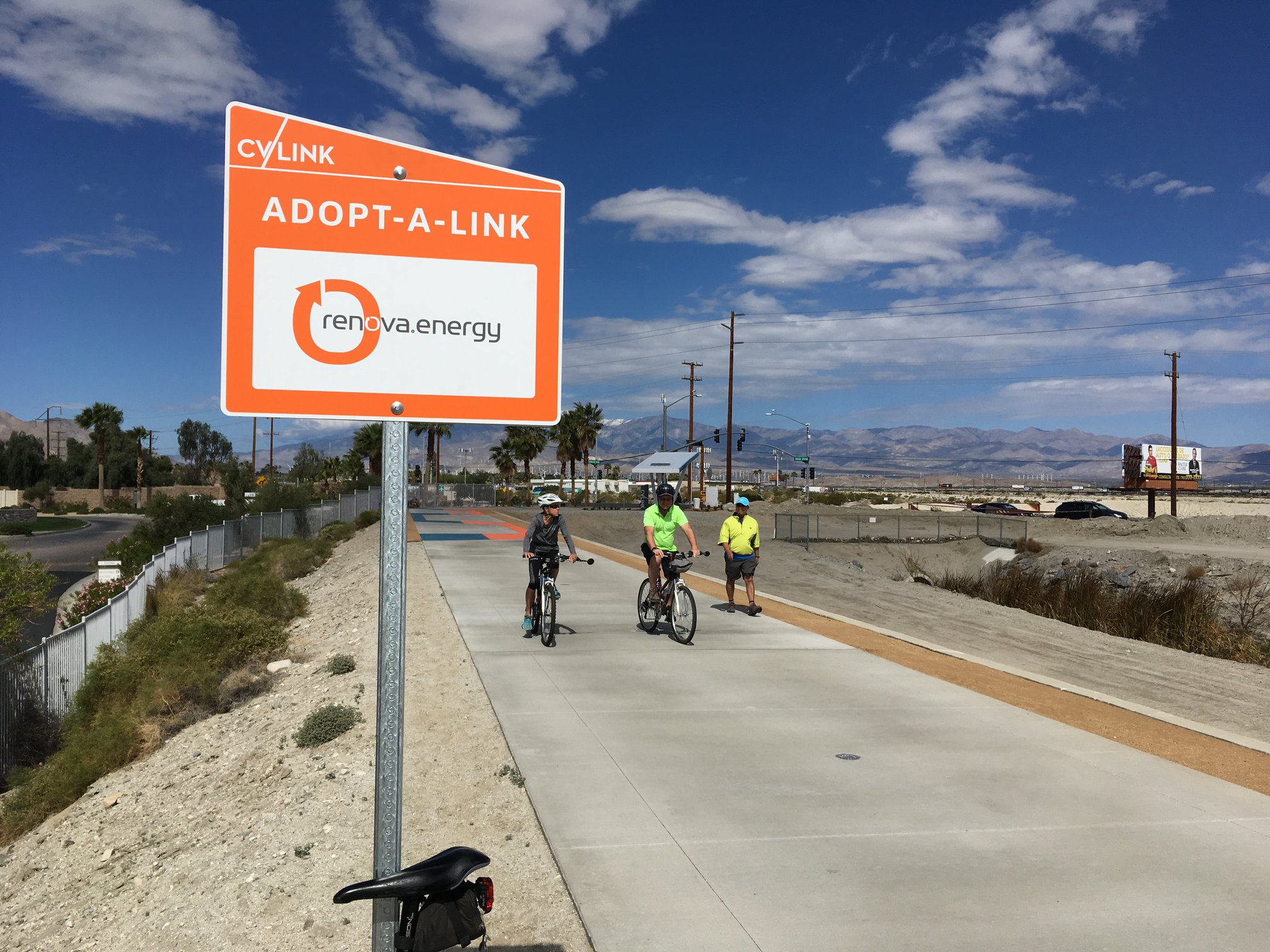 Most of the construction, grant writing, and planning is done by the Coachella Valley Association of Governments. However, all cities are responsible for any relatively minimal ongoing maintenance costs. This is key, as the area’s low density makes other alternative transportation systems, such as light rail, economically infeasible in the near term.

Roughly half of the project's funding is from health care, air quality, and freeway grant programs. When the project was financed, few, if any, active transportation projects were funded through these programs. In fact, CV Link was funded before the state’s active transportation grant program had even launched. CV Link’s remaining funding comes from regional sources, including a few cities.

For Ayailan and Lueders, who lost friends to hit-and-run accidents, increased safety is one of the chief appeals of the project. "We need some way to get around this whole valley and CV Link is going to be the answer,” Lueders said. “[But] the big [thing] for me about it is safety.

A template for success

In many respects, transportation projects like CV Link are the exact ones that state and federal leaders have expressed an interest in funding. The project reduces greenhouse gas emissions, connects disadvantaged communities to services, and is focused on regional outcomes.

Earlier this year, state infrastructure czar Antonio Villaraigosa noted that the state is focused on funding regional, climate-friendly projects. "We are going to have to row in the same direction,” Villaraigosa said at the 2022 League of California Cities Annual Conference and Expo.

However, CV Link is just one possible model for success. Cities do not necessarily need to work through formal, regional structures to build projects like CV Link. What matters is cultivating strong relationships with neighboring cities. “Cultivating those relationships is recommended,” said Charles McClendon, the city manager for Cathedral City.