This is part two of a two-part story. To learn how Norco’s partner city, Corona, is reducing homeless, read “Corona’s strategic homeless plan decreases homelessness by 33%.”

California's homeless crisis is affecting cities of all sizes. Smaller cities must contend with unique challenges, such as how to deliver services over a larger geographic area with much less money. Consequently, homelessness is rising in smaller communities and in some cases, outpacing larger, nearby urban centers. 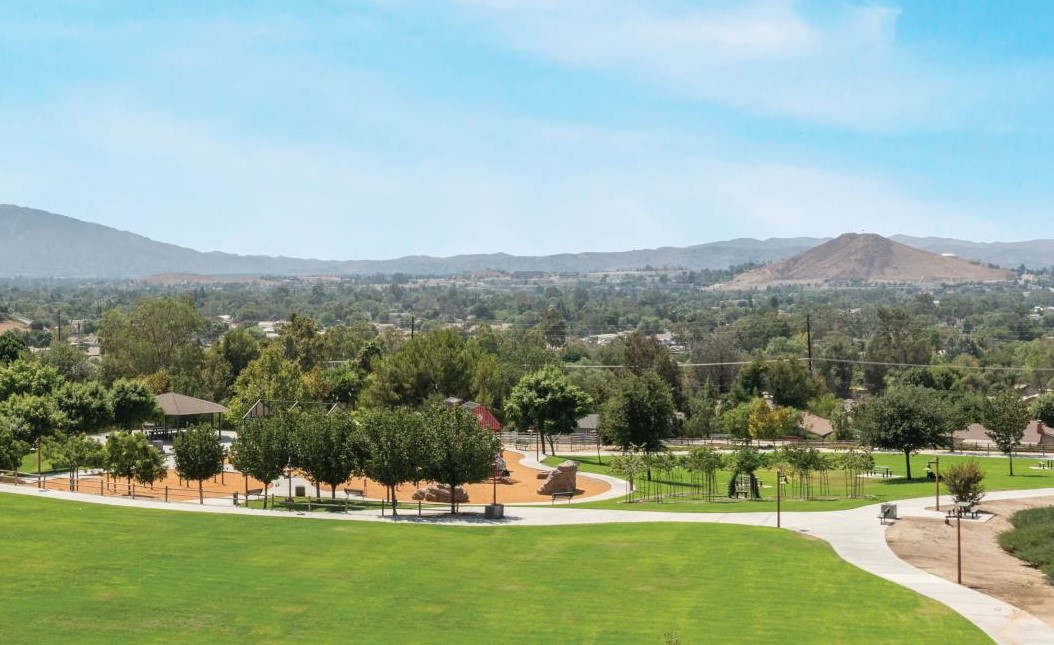 The small city of Norco has found a way to buck this trend. Dubbed Horsetown USA, Norco hitched its wagon to its larger neighbor, Corona, in 2021. The two cities share a set of strategies, the same supportive services provider, and a single staff position that manages both homelessness programs.

Most of the program is funded by Corona, with Norco paying for a smaller range of services and a 10% administration fee. Funding for Norco’s portion comes from a combination of city housing funds and American Rescue Plan Act dollars.

So far, the results are promising. The number of homeless Norco residents has stayed relatively stable despite a turbulent economy and rising housing costs. Additionally, 26% of the program’s participants have moved into permanent housing. Most are sheltered and 93% are willing to engage in case management support.

Perhaps most importantly, Norco officials and residents credit the program with changing their perceptions about people experiencing homelessness, a crucial first step to creating systemic change.

“In Corona and Norco, we are putting something together that hasn’t really been done,” said Norco Council Member Kevin Bash. “We are trying to find a way to affect a regional homeless issue and we are investing big bucks.”

Before 2021, Norco residents viewed homelessness as an issue with limited impacts. Although the city had policies like safe parking, its primary supportive services provider was the Riverside County Sherriff’s Department.

Norco Mayor Pro Tem Robin Grundmeyer wanted to change things. Her desire took on new urgency when she realized that one of her former students had become homeless. “Having a former student become one of our homeless neighbors had a huge impact on me as far as trying to look at what we can do to help folks,” Grundmeyer said.

However, the small city did not have the resources or staffing expertise needed to develop permanent, long-term solutions.

In 2019, the seeds for a partnership were planted. Riverside County Supervisor Karen Spiegel had developed a collaboration between county agencies and several cities. A year later, Corona established its own goal of creating a sub-regional partnership with a neighboring city.

The two cities formed a partnership after a series of meetings in 2021. It only took a few days to launch Norco’s program after a memorandum of understanding was approved.

Like Corona, Norco maintains its own motel shelter, provides supportive services through City Net, and has a clear pathway to permanent housing that bridges into existing county systems. In two weeks, Norco’s motel shelter was at capacity and most of its unsheltered residents were engaged in case management.

“It takes a collaborative effort to bring innovative solutions to an issue as complex as homelessness,” Grundmeyer said. “When all of the stakeholders were able to come to the table it provided an opportunity to share ideas and best practices.”

The program’s launch was not without its critics. Although officials were supportive of the program in theory, some were skeptical about its cost. “For a small City like Norco, the amount of money required to fund the program seemed huge,” said Bash.

Additionally, some residents were worried about the possibility of misuse or reductivism. “Initially I was just worried about more bureaucracy — people taking advantage of taxpayer money,” said resident Mike Thompson, who also volunteers as a city commissioner.

Today, both Bash and Thompson firmly support the program, in part because it showed how extensive homelessness is. Although the city only had a dozen unsheltered residents, it was more than the handful that most assumed.

Bash was sold on the program after watching case managers provide services. “I just remember these two young ladies from City Net out there,” Bash said. And "I remember thinking, ‘I wish they had met my brother before he died in the streets.’”

Thompson has also changed his mind. He was surprised by how people had become homeless. Some had lost their homes to fires. Others were unable to keep up with rising housing costs or simply had bad luck. All were Norco residents.

“I was surprised to see the numbers that they compiled as far as people who do have direct connections to the City of Norco,” Thompson said. “Something has to be done to give them a shot.” 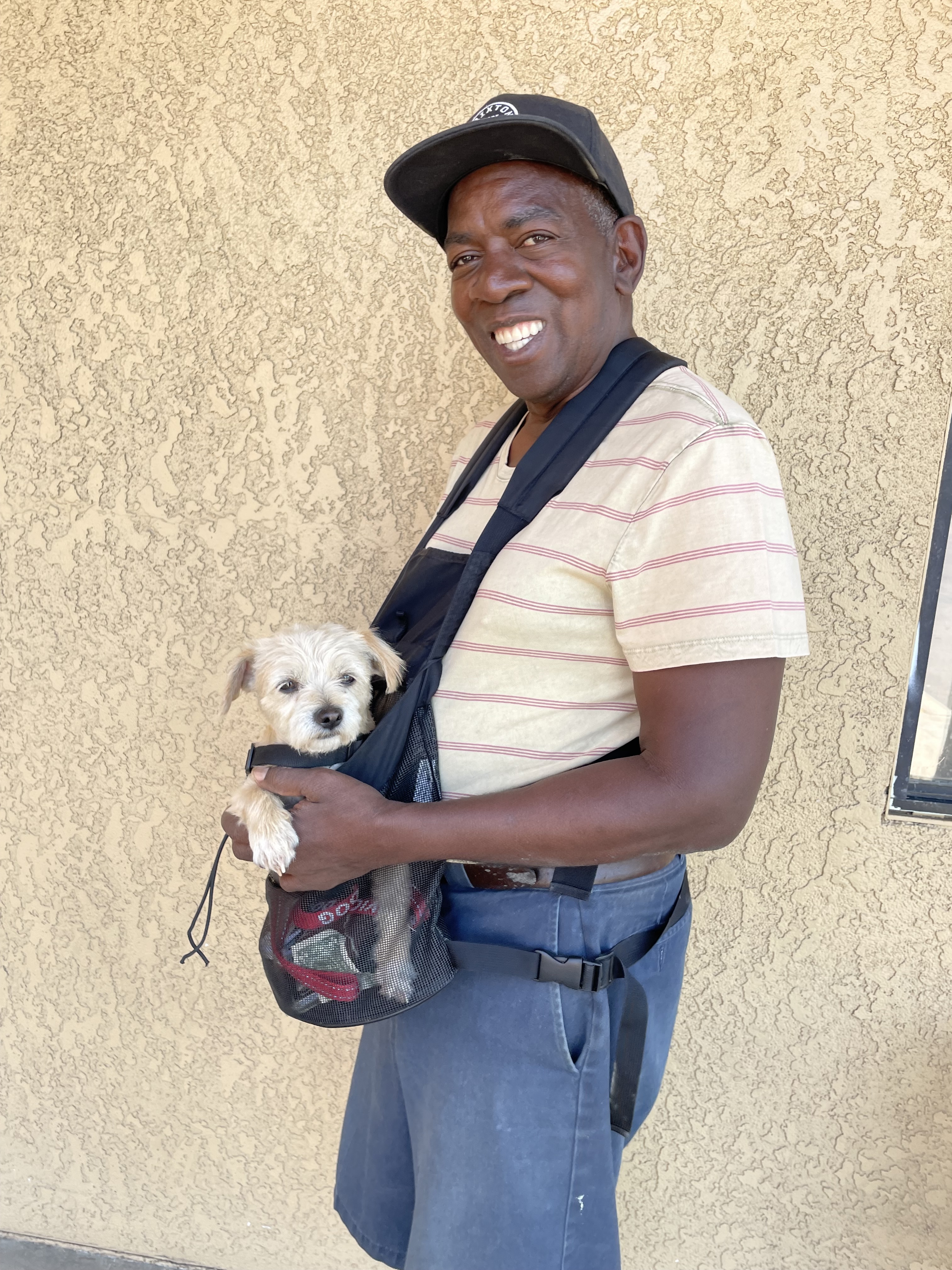 Eric Wynn and his dog Carmel are one of the many participants that have benefited from the program. Wynn entered the program after connecting with Bash.

Since he was placed in the Norco motel shelter program 98 days ago, Wynn has connected with behavioral health services, obtained new dentures, and received veterinary and grooming services for Carmel, who was successfully registered as a service dog.

Wynn is now in the process of securing shared housing in Norco, where he can hopefully resume his work with horses. Perhaps just as importantly: Carmel will have a big yard to play in.

“Working with City Net gave me relief and I started feeling hope again. It was a miracle provided through God,” Wynn said. “I've finally found real help and have a better outlook on the future.”

Like Corona, Norco officials attribute the program’s success to having the right people in charge of the program. Equally important for Norco is the funding arrangement.

“Through the collaborative program with Corona we have been able to leverage what resources we have to make a more significant impact,” Grundmeyer said. “The cost of ignoring the issue would be much more significant than the funds we have allocated for the solutions.”

Both cities remain firmly behind the plan, having just renewed the fiscal year 2023 memorandum of understanding with unanimous consent.

A challenging future, but a promising plan

Despite their shared progress, Corona and Norco have steep hills to climb. COVID-19 and inflation devastated many households and vacancy rates are almost zero. This has led to a spike in newly — often working— unhoused residents. In fact, Riverside County’s overall homeless population has increased by 18% since 2019.

Additionally, both cities have a significant number of chronically homeless residents who suffer from co-occurring diagnoses, such as mental illness, addiction, and various chronic health issues. For those residents, the path to permanent housing can be two steps forward and three steps back.

The increased focus on outreach means that both Corona and Norco are now serving people that might not have been reached previously, such as residents sleeping in cars or couch-surfing students. They must also manage overlapping local, state, and federal jurisdictions in the Santa Ana River area, which has some of the largest encampments in Riverside County.

City officials also must deal with complaints from residents and businesses who do not understand the limitations of local government’s authority.

Nonetheless, the fact that neither city experienced much of an increase in the number of homeless residents during the past two years speaks to its success. Even those who are still concerned about the program’s cost, such as Bash, are supportive.

If the program remains successful, it could be a model for other cities. “You have a very common scenario that you could almost just plug and play in any city in California right now,” said Brad Fieldhouse, the CEO of City Net, which provides supportive services for the two cities.