In Lathrop, a decades-old plan capitalizes on economic trends and shatters construction records

A site in Lathrop that was once envisioned as a competitor to Disneyland is now one of California's fastest-growing communities, River Islands. The quick growth is the result of a plan decades in the making, favorable economic conditions, and flexible staff.

But it is not just the master-planned community of River Islands that is growing. In 2020, developers doubled the number of homes built throughout the city when compared to the previous year, adding 680 single-family homes and 146 multifamily units. 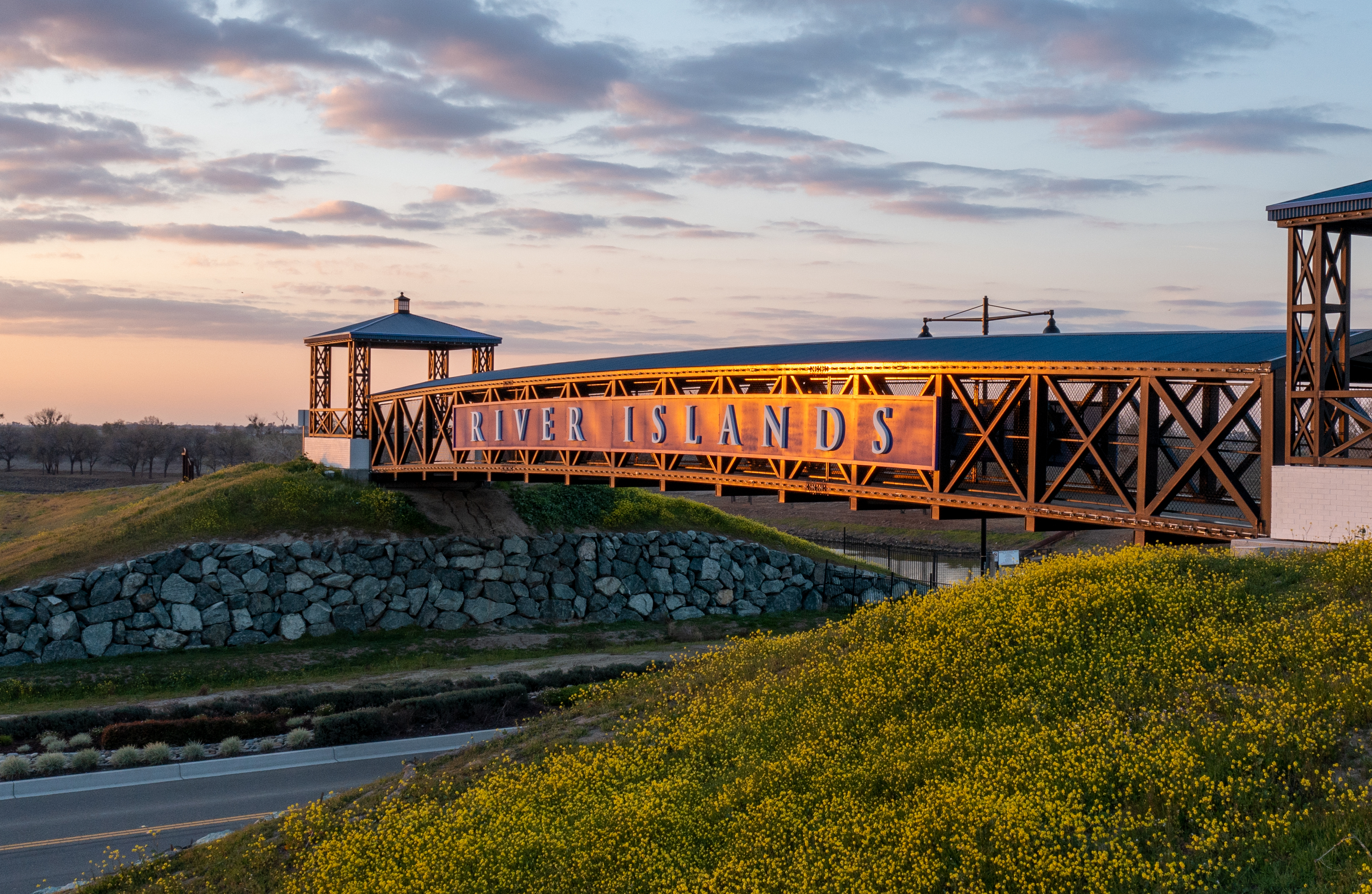 “We haven’t had multifamily [development] of this size ever,” Lathrop Economic Development Administrator Shelley Burcham said.

That record was broken again in 2021 and is set to be broken again this year. In fact, Lathrop’s total housing growth is just second to Paradise according to the California Department of Finance. It is also one of California’s fastest-growing cities, second only to Santa Cruz.

Some of that growth is the result of the city’s recent investments in e-commerce and manufacturing, which has attracted workers from Lathrop and surrounding communities like Modesto, Tracey, and Stockton. Several household companies, including Tesla, Wayfair, Ashley Furniture, Medline, and Simwon America, have sites in Lathrop.

Lathrop has also benefited from tech companies that moved to a work-from-home model. According to River Islands Development President Susan Dell'Osso, 90% of the houses sold in River Islands go to former Bay Area residents.

Additionally, city leadership worked alongside developers to ensure that Lathrop could capitalize on the favorable economic conditions when they happened.

“Preparation, planning, and working alongside private development to create specific plan areas and master-planned communities to entitle land and install infrastructure has put Lathrop at the forefront of being ready for the growth and development we are now experiencing,” Burcham said.

In the ’90s, River Islands was on track to be something much different. The city was incorporated in 1989, but local leaders already had big plans for the area. They wanted to turn Lathrop into the home of Northern California's premier amusement park. 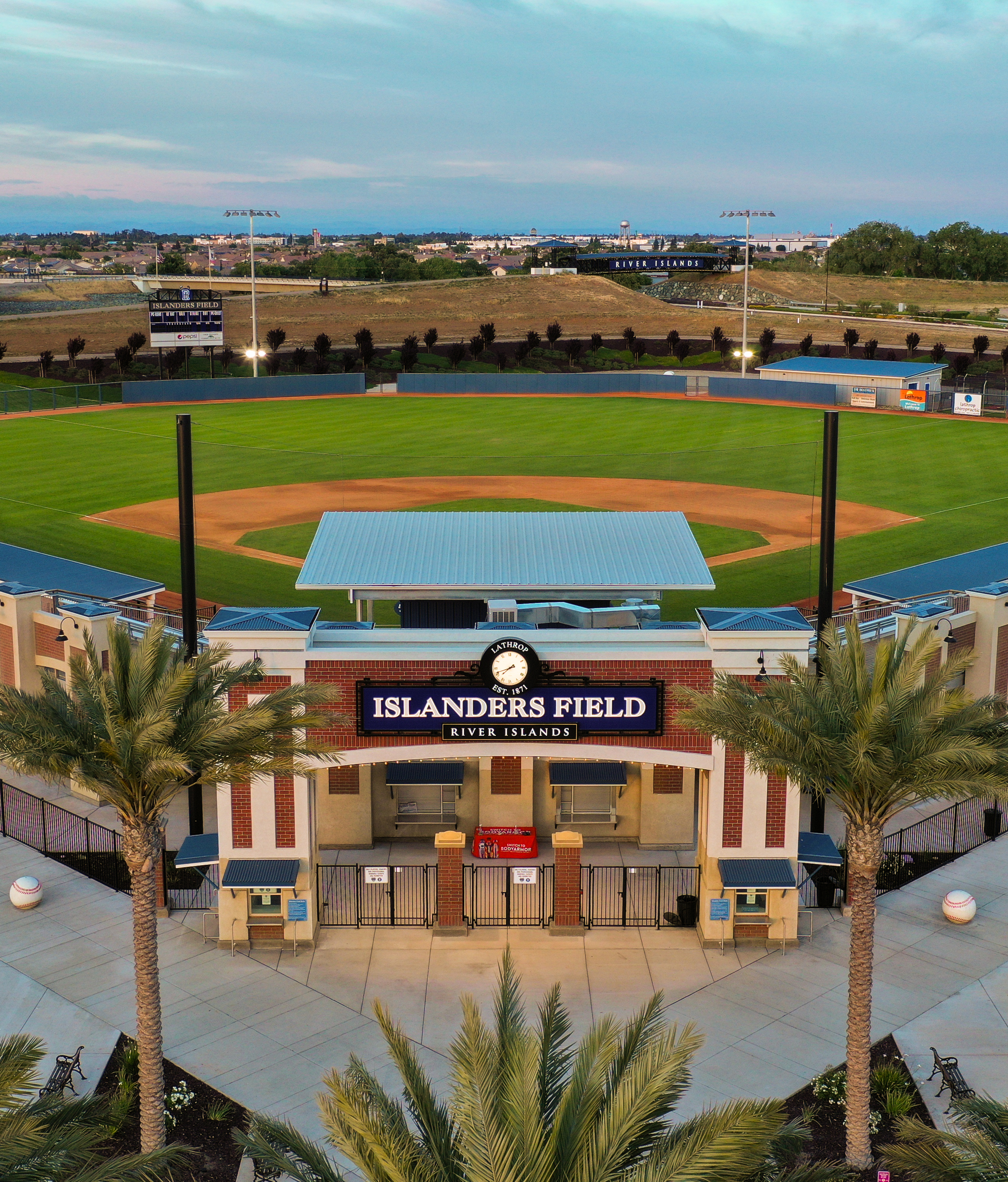 The amusement park was approved for development. Then California's tech economy exploded, and the idea lost traction. “Silicon Valley took off and you couldn’t build a theme park if your life depended on it,” Dell'Osso said.

In 2000, a group of residents — including the former and current mayor — launched a citizen's initiative to turn the dormant site into a master-planned community. The original plan called for several thousand housing units, in addition to a wild animal park, a space-themed amusement park, and a massive outdoor park.

Today, developers are on track to add 15,010 homes, including 4,000 apartments and condominiums, over the next 30 years. The plan also contains 3 million square feet of commercial space, including a mixed-use downtown area, which the city currently lacks. Homes are being sold faster than they can be built. Between 50 and 100 are sold per week.

River Islands Development, which builds the supportive infrastructure, has already constructed many of the community's amenities, including several schools, miles of walking trails, sports facilities, a welcome center, a fire station, and a station for the city’s police force, which formed just this year. Except for one school — River Islands has three — the project was entirely self-financed.

In order to build River Islands, developers first had to erect giant, 300-foot-wide super levees that could withstand a 200-year flooding event. Developers pulled material for the levees from the site itself, which created a series of lakes that flow into natural underground aquifers.

In addition to serving as a recreational amenity, the lake also serves as the community’s stormwater retention system and provides nonpotable water for irrigation. In total, nearly half of River Islands is made up of open space, parks, lakes, waterways, and trails. For each acre of development, a half-acre is dedicated to wildlife mitigation and another half-acre to agriculture.

Many residents are happy that the city’s ambitions are bearing fruit. “[The growth] has been absolutely crazy,” said Steve Ramsey, a longtime resident. “[The city] has made it so beneficial to the people that live here. Everything has been a major plus. Nothing has been displaced.” 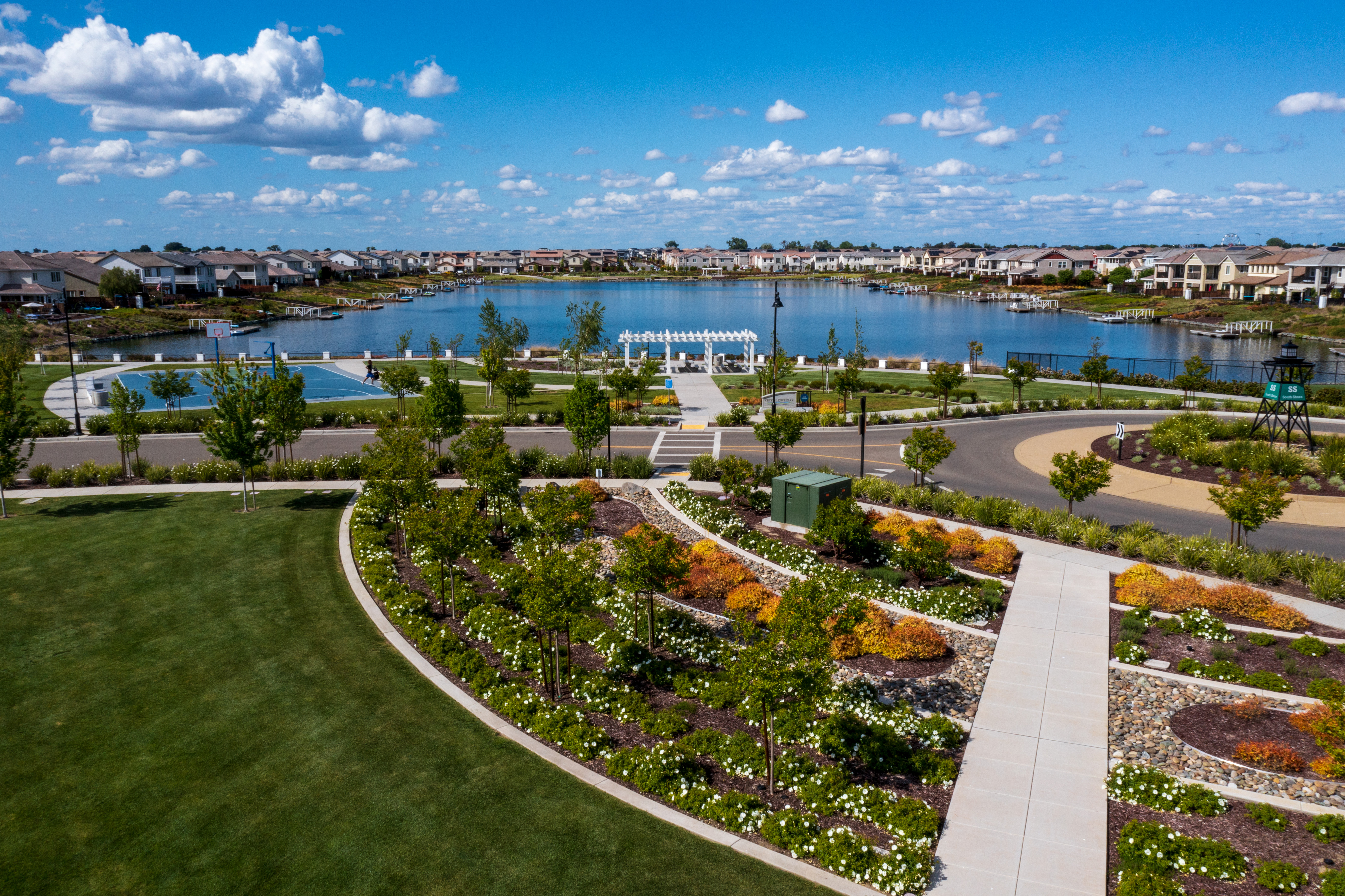 “The growth here has been well-managed. I don’t see the prices pushing Lathrop people out; they’ve gained by it. It’s been a win-win — especially with the new police force.”

“I could not have done this without the city of Lathrop.”

It is not just strong economic winds that are contributing to Lathrop’s record-breaking housing numbers. In construction, something always goes wrong. However, city staff are nimble, accessible, and always have a plan in place. Final approval is usually given within weeks, sometimes days.

“The city is pretty business-friendly, very responsive, very well-run ... We have never been held up with the city,” said Dell'Osso, who has been active in the area since the city was incorporated.

City staff also regularly meet with developers to understand what their priority issues are and how to solve them. Crucially, staff also have a cohesive vision for the city, which creates much-needed stability for developers.

“We have three major department heads retiring this year. They have mentored their seconds-in-command perfectly, so for us as a major developer in town, it will be seamless,” Dell'Osso said. “We will be able to work with the new staff as easily as we worked with the outgoing department heads.”

Ramsey, who is also a small business owner, has had similar experiences. He recently worked with the city to open Lathrop’s first food truck plaza, which will one day include a commissary. Under county law, all food trucks must be associated with a commissary. However, this addition complicated the planning process.

“I could not have done this without the city of Lathrop,” Ramsey said. “From the guy that cleans the streets to the city manager, all of them have been unbelievably accepting in going forward with this plan. They’ve really worked with me to get this thing off [the ground].”

City staff also credit the River Islands master plan as a key part of the city’s success. Although such communities are expensive — both in time and money — the results can be worthwhile. It allows developers to cohesively build parks, roads, water, and other services alongside residential development. 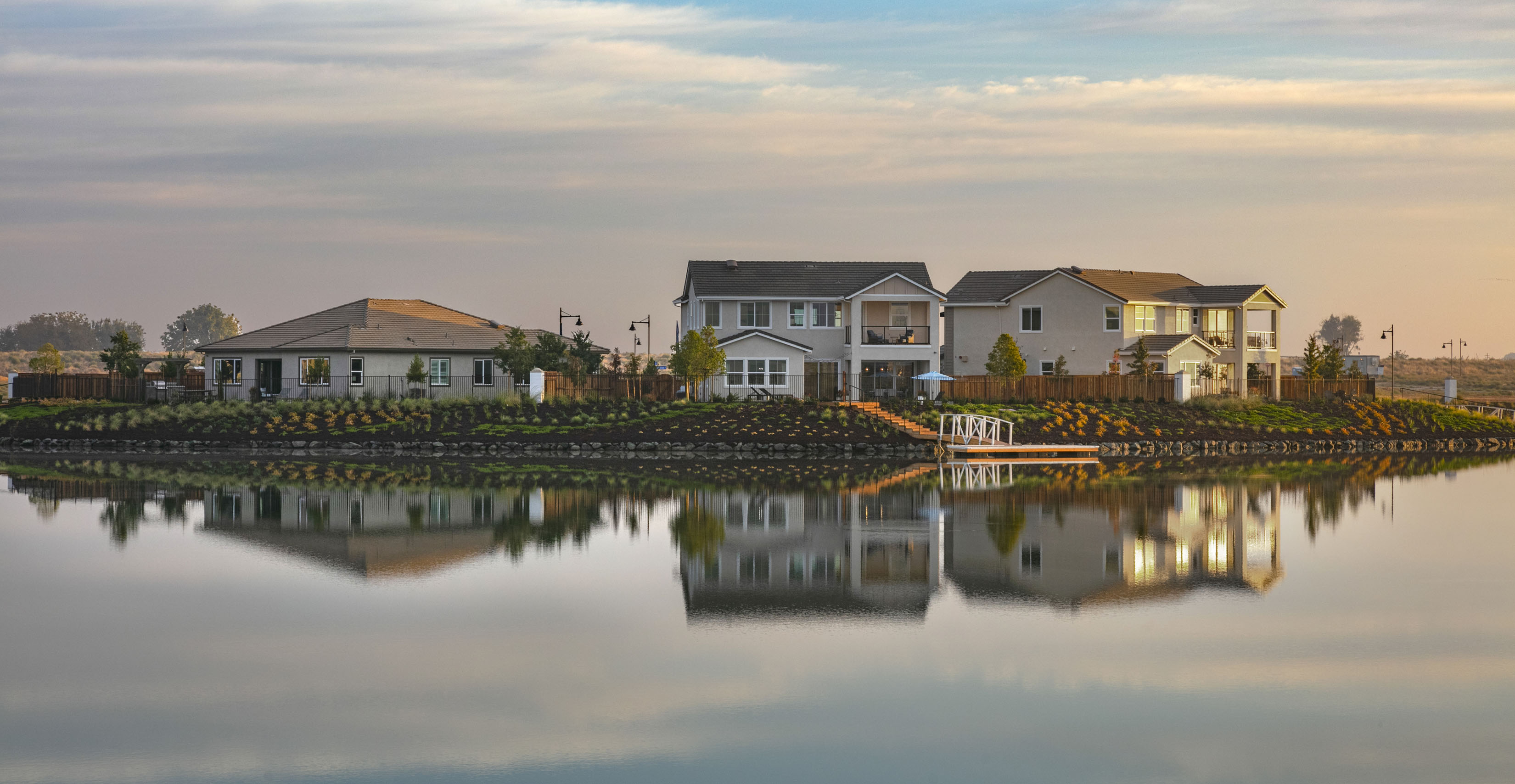 It also creates a knock-on effect for other parts of the city. The more houses that go up, the more likely it is that other businesses will invest in Lathrop.

However, like any city, Lathrop has its fair share of challenges. Changing market conditions, record inflation, and continued impacts of the COVID-19 pandemic have exacerbated the usual challenges created by record growth. Marcus Shahen, owner of The Boathouse at River Islands, noted that related “stress on the local labor market, traffic, and housing inventory is certainly felt.”

Nonetheless, Shahen is confident that the city’s future is in good hands, even if the city is sailing through uncharted economic waters. “I feel the city has the necessary leadership in place and have great confidence in them,” Shahen said.