Cities throughout California are looking for ways to increase the state’s supply of affordable housing, often working around a myriad of changing regulations, geographic challenges, and recently, material and labor shortages. Riverside, the most populous city in the Inland Empire, is preparing to open several game-changing projects, including an affordable housing “village” in the downtown area. Accompanying the village are multiple sustained and significant investments in the physical and mental health of Riverside’s unhoused residents. 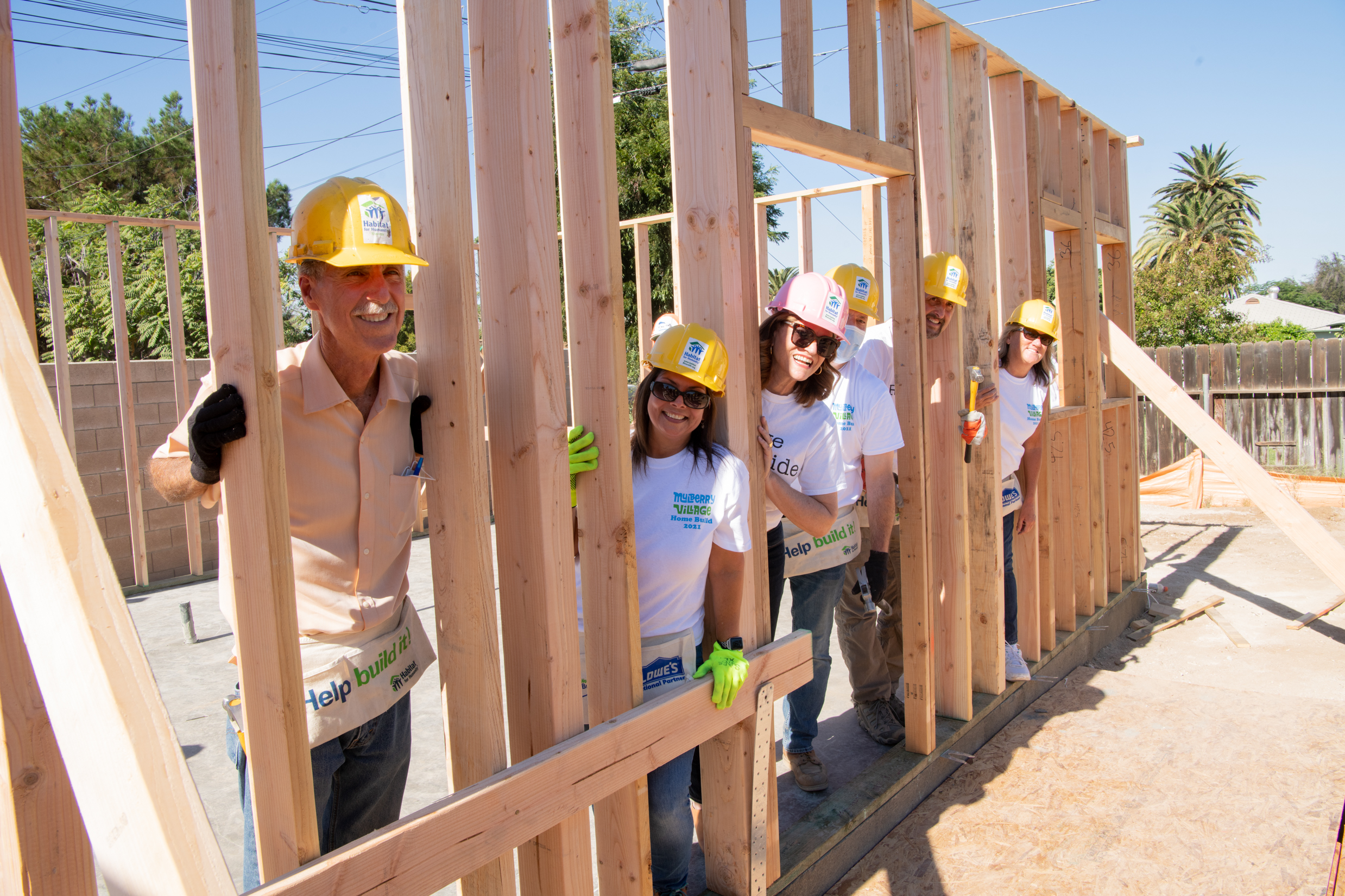 Mulberry Village, scheduled for completion this month, looks like any other row of houses in Riverside’s historic, walkable downtown area. Modeled after the bungalow courts that once dotted the Los Angeles landscape, the ten-unit complex does not just include basic amenities such as a bathroom, kitchenette, and laundry room. Residents can also grow fruits and vegetables in a community garden, relax in a central green space, and get on-site case management and supportive services.

City staff hope that residents will be housed by January. The city originally aimed to open the units earlier but has been delayed by supply chain problems and labor shortages.

The ten 400-square-foot bungalows were funded by the federal HOME Invest Partnerships Act and built by the Habitat for Humanity Riverside. The self-contained “village” was primarily constructed over three days by more than 50 volunteers, community partners, and contractors.

“What has happened here is about strong community vision and community support,” said Council Member Erin Edwards, who represents the area. “Through these homes, the city of Riverside will impact the lives of homeless individuals in a way that has a profound impact on the economic and health outcomes for these residents. I am proud to support this truly game-changing project for the downtown.” 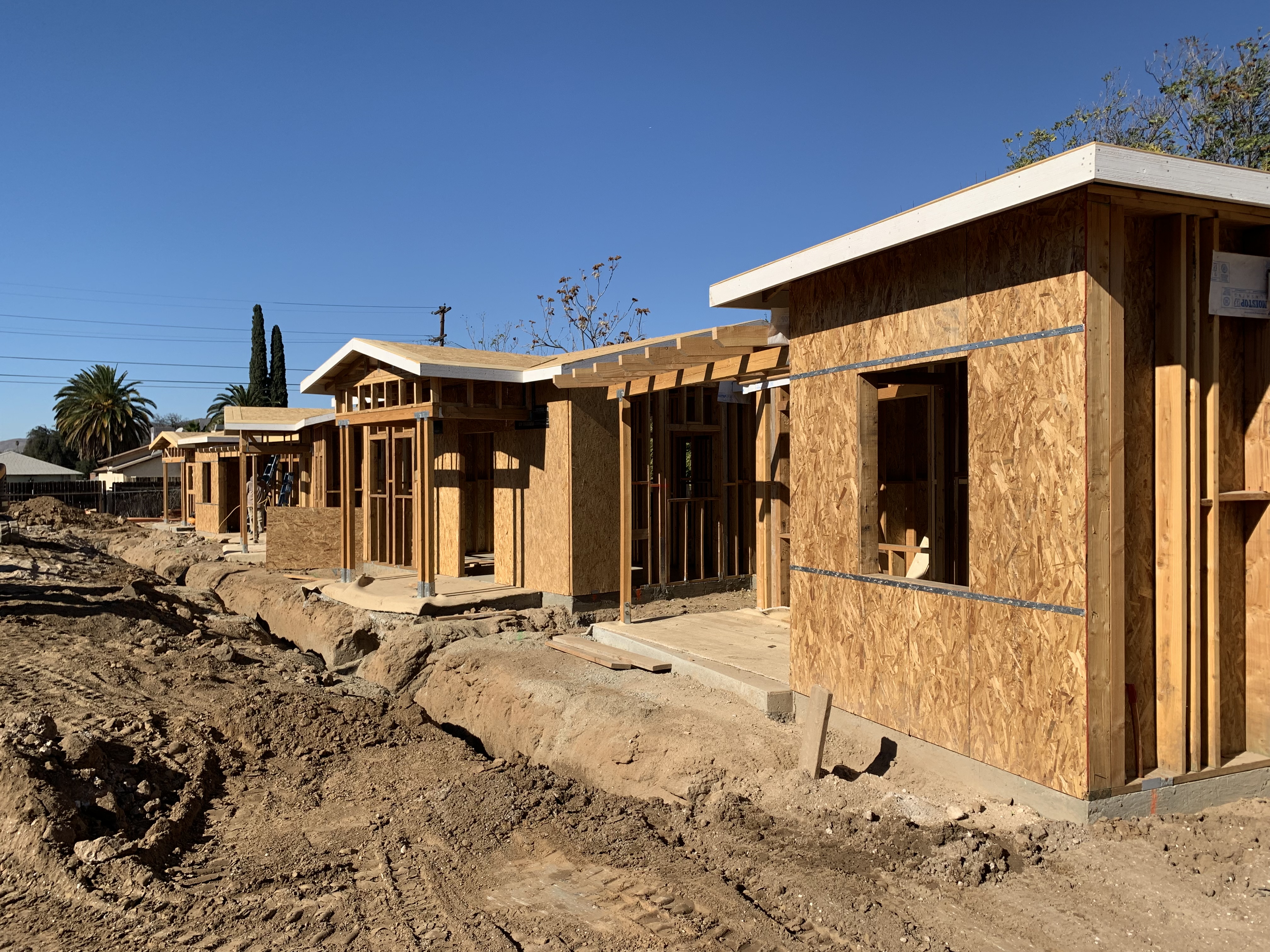 The city's housing authority will own and manage the project, which must remain affordable for 55 years and rented to persons earning at or below 50% of the area median income: $25,150 for one person in 2021. Once selected, individuals will be offered a 12-month lease and can live in a home for as long as they need. If a resident’s income exceeds that threshold, city staff will work with the resident to transition them into permanent, affordable housing elsewhere. Typically, sudden changes in income are the result of unclaimed government benefits, which are temporary.

“We will never displace a person that is suddenly over income,” said Project Manager Jeffery McLaughlin. “We will work with someone for as long as it takes to get them stable and housed.”

The city hopes that Mulberry Village — built on an area that has long proved difficult to develop because of topographic issues, road access, site size, and other issues — can serve as a model for other challenging in-fill developments, including slightly larger homeownership projects. The city is also working with the regional transit agency to add a bus stop near the village, which will also benefit another nearby affordable housing project.

Due to decades of systemic neglect, individuals struggling with mental illness or substance abuse often rely on costly services, such as a trip to the emergency room, for short-term help. As a result, the people who need the most help are often the least likely to receive it. For many unhoused residents, the unavailability of long-term, patient-centered mental health care can be a major barrier to securing affordable, permanent housing.

“The road to self-sufficiency often is a very difficult one for individuals experiencing homelessness,” Mayor Pro Tem Erin Edwards said. “This is especially true if there are complicating factors, such as mental illness.”

Thanks to a local sales tax initiative, grants, and funds from the Inland Empire Health Plan, the city has Riverside has increased the availability of patient-centered mental health care for unhoused residents. These services are frequently offered in conjunction with housing or shelter services, through the city’s Hulen Homeless Services Campus. In a recent expansion, Riverside recently added 28 interim beds for individuals to recuperate after a hospital discharge, get case management, and receive proper physical or mental health care, all with the aim of preventing an expensive return to an emergency room.

The program is expected to assist at least 60 individuals annually and help them graduate into permanent independent living. In nearby San Bernardino County, similar programs have saved more than $3 million in annual hospitalization, law enforcement, and overall care costs. 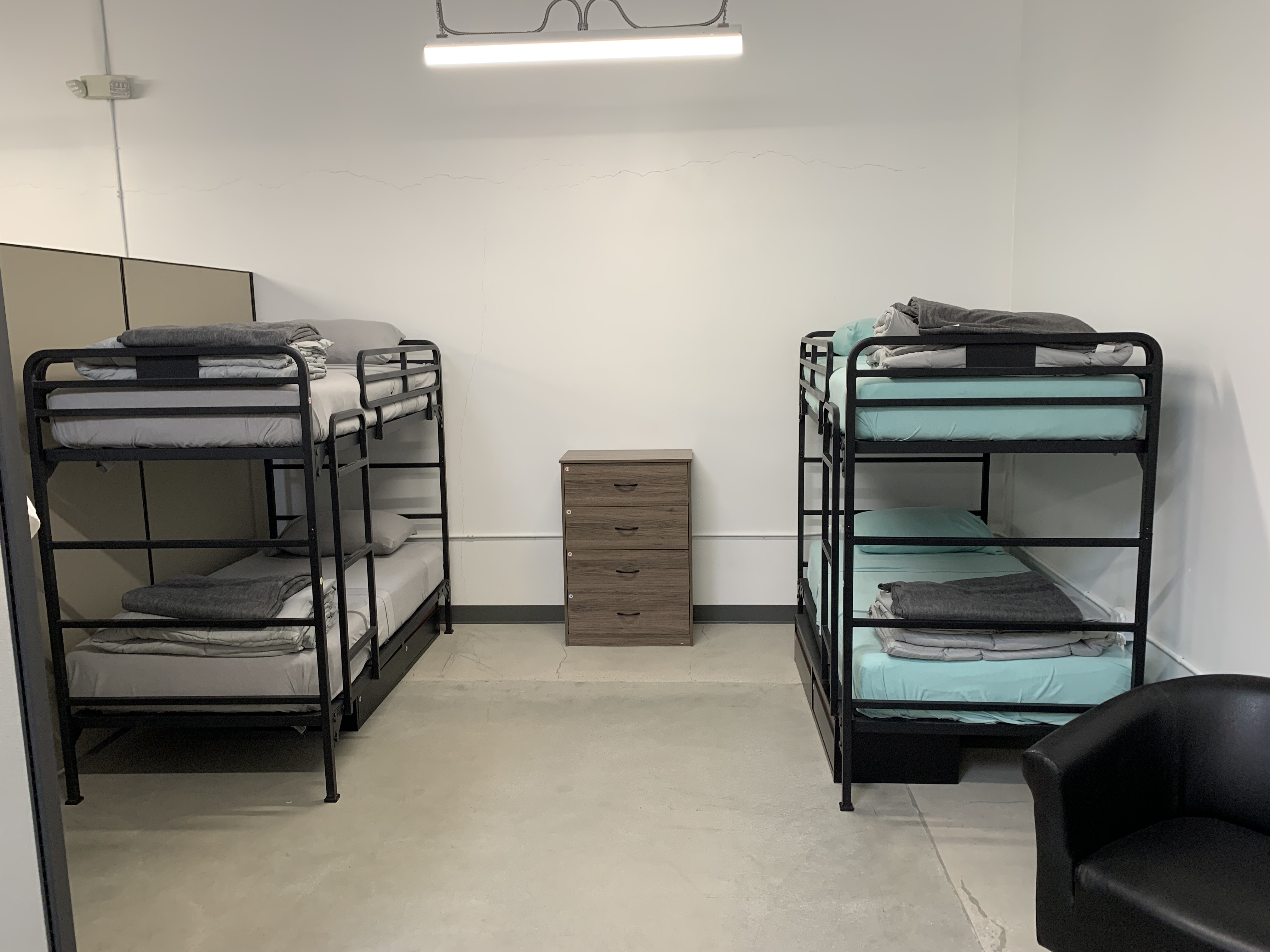 Other recent city-funded expansions include a 22-bed bridge housing project, in partnership with Mercy House and Riverside county, which will provide a stable environment for patients for six to nine months, along with a pathway to permanent housing. The city, which leases the campus building for a dollar per year and is a major investor, is working with the UC Riverside School of Medicine to add a new campus clinic that provides basic medical care. (The previous clinic operator went out of business in early 2020.) The services are augmented by a nearby 50+ bed facility, operated in partnership with the Illumination Foundation.  The city hopes to add more complex services to Hulen in the future, such as radiology or dental care. “We are expanding the Hulen Campus in any way we can,” said McLaughlin.

To learn how else Riverside is providing services, shelter, and homes to individuals experiencing homelessness, including the city’s priority-based budgeting system, visit the city’s website.