Voters often cite road conditions as one of their top concerns — and for good reason. According to the American Society of Civil Engineers, California's roads rank among the worst in the nation. Many cities, especially smaller ones, simply do not have the funding to bring the system back to a state of good repair. 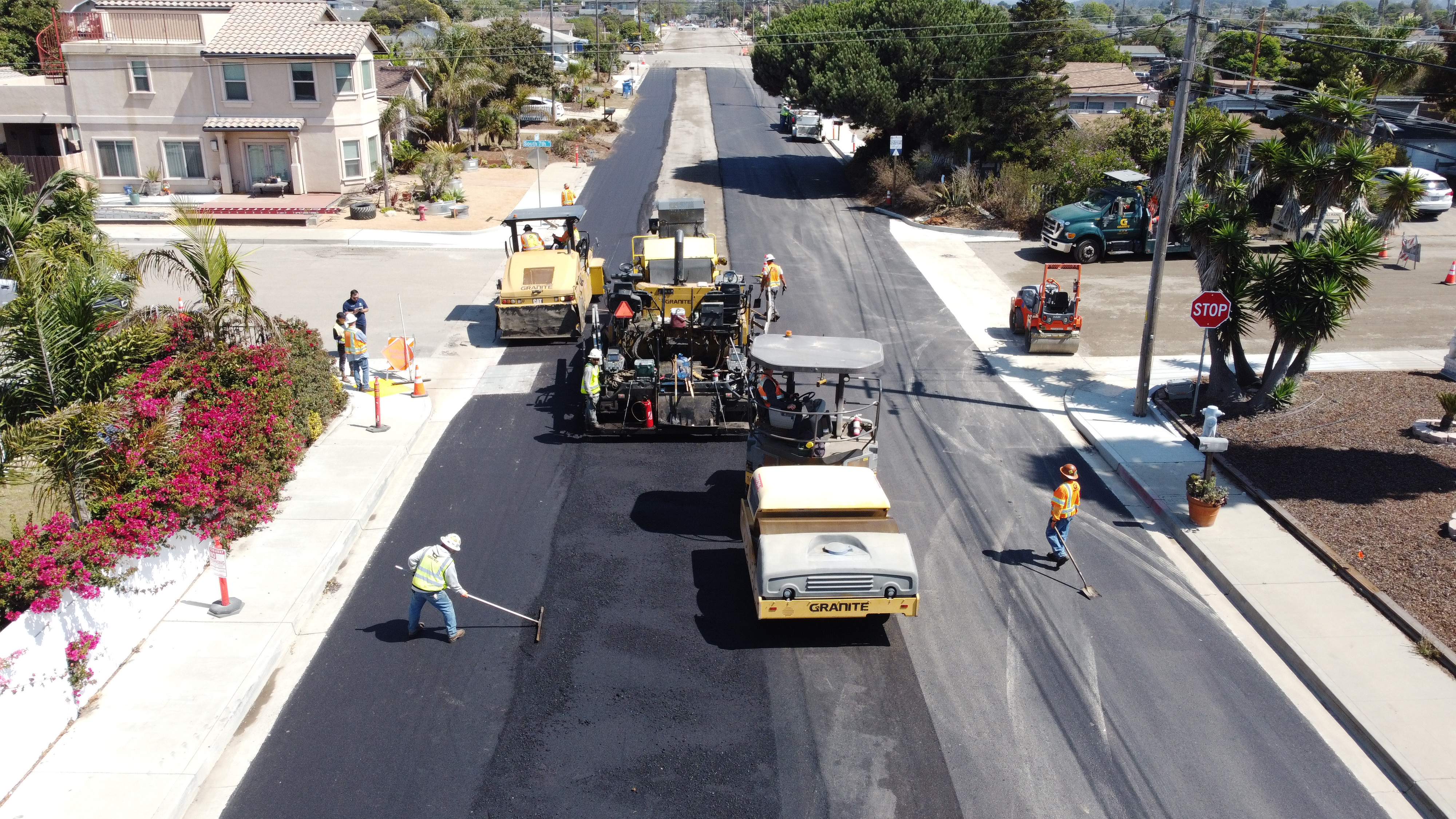 In 2012, the small, Central Coast city had an average pavement condition index score of 40 and a modest, $4 million capital improvement program. Some streets even scored as low as a 10. The index is divided into seven classes — with 0-10 categorized as failing. However, in practice, anything below 40 is considered near impassable.

Today, the city’s roads have an average score of 56, putting it in the third-highest class. And its capital improvement program has climbed to $13 million. Officials expect the pavement index score will continue to increase as the city finishes the last stages of its taxpayer-funded Measure K-14 Street Rehabilitation Program. The $48 million bond program, which is two-thirds completed, will maintain and repair every residential street over for the next 20 years.

Grover Beach also allocated other revenues to repair some of its largest commercial streets. The city recently completed the South Oak Park Boulevard project, which includes lane reductions, a buffered bike lane in both directions, a landscaped median, and on-street parking.

These improvements are immensely popular with residents like Dan Stutz, a San Diego native who fell in love with the Central Coast but has never been deeply involved in local policy. “I want to live here for the rest of my life now,” Stutz said. “It always kinda bothered us — the road conditions — but now that it’s done … every time they finish a street, it’s like a new neighborhood.”

Like many infrastructure stories, the Measure K-14 program has its roots in the 2008 financial crisis. Grover Beach council members were often elected on the importance of fixing streets; the city even incorporated in 1959 in part so it could manage its own streets and roads. A ballot measure was considered, but it was quickly shelved during the 2008 Great Recession.

The city council revisited the initiative after the economy stabilized in 2014. By then, the situation had grown dire. “There was going to be a serious discussion about turning our roads back into gravel [if Measure K-14 lost] because the potholes were such a deterrent to people driving on the streets that if we went back to gravel roads, at least we would have a smoother surface,” said former Grover Beach Mayor Jeff Lee, who served on city council from 2012-2022.

Measure K-14 — which required a two-thirds majority — won by 76 votes.

The measure was successful in part because of a time-tested strategy: a resident-led door-to-door campaign. However, city officials also had frank discussions about which roads should be repaired first, why, and the potential impact on public services. Perhaps most crucially, Measure K-14 was phased in over several years. This alleviated the immediate impact on property values and demonstrated the city’s commitment to the project.

“The community really begin to trust that we would issue the bonds and that’s going to turn into roadwork,” said Lee, an engineer by trade. 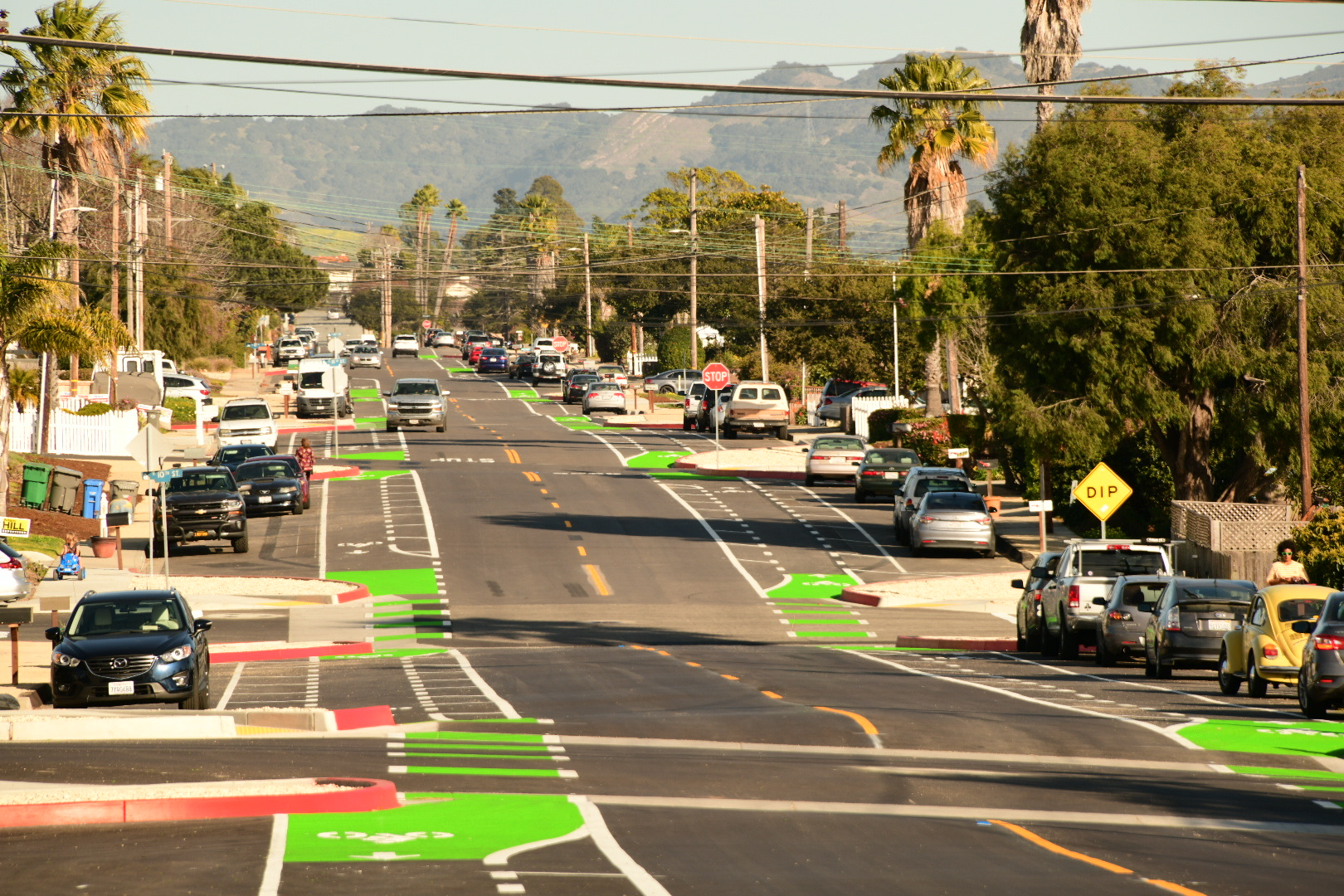 Other major projects have required a healthy dose of political courage. Take Newport Avenue for example. The main artery had 76 feet of pavement for two travel lanes — nearly double the typical two-lane road. When the city announced that it was adding a bike lane and other improvements, residents rebelled. Some even threatened to recall council members.

Today, the bike lanes on Newport Avenue are a community fixture. “We came up with a solution: The bike lanes stayed,” Lee said. “Now, everybody loves the bike lanes — even the people that threatened to recall us.”

Indeed, ongoing education and seeing results are critical to the city’s overall success. Sometimes, city leaders need to explain how a fix-it-first approach can stretch scarce resources. Other times, city officials meet with business leaders so that designers can fix problems before they appear.

The city’s roadwork is complemented by its recently adopted Sidewalk Infill Public/Private Partnership Program, which helps fund sidewalk infill using a combination of gas tax funds and the General Fund. Like many cities, the maintenance and repair of public sidewalks is the responsibility of the property owner.

Before the sidewalk program, only one or two residents in a 20-block project would construct sidewalks on their property. Now, a 20-block project attracts about eight participants. Residents are notified by mail when the service becomes available. The total cost for residents ranges between $3,500 and $7,000 depending on the project. The design and project management are shouldered by the city. 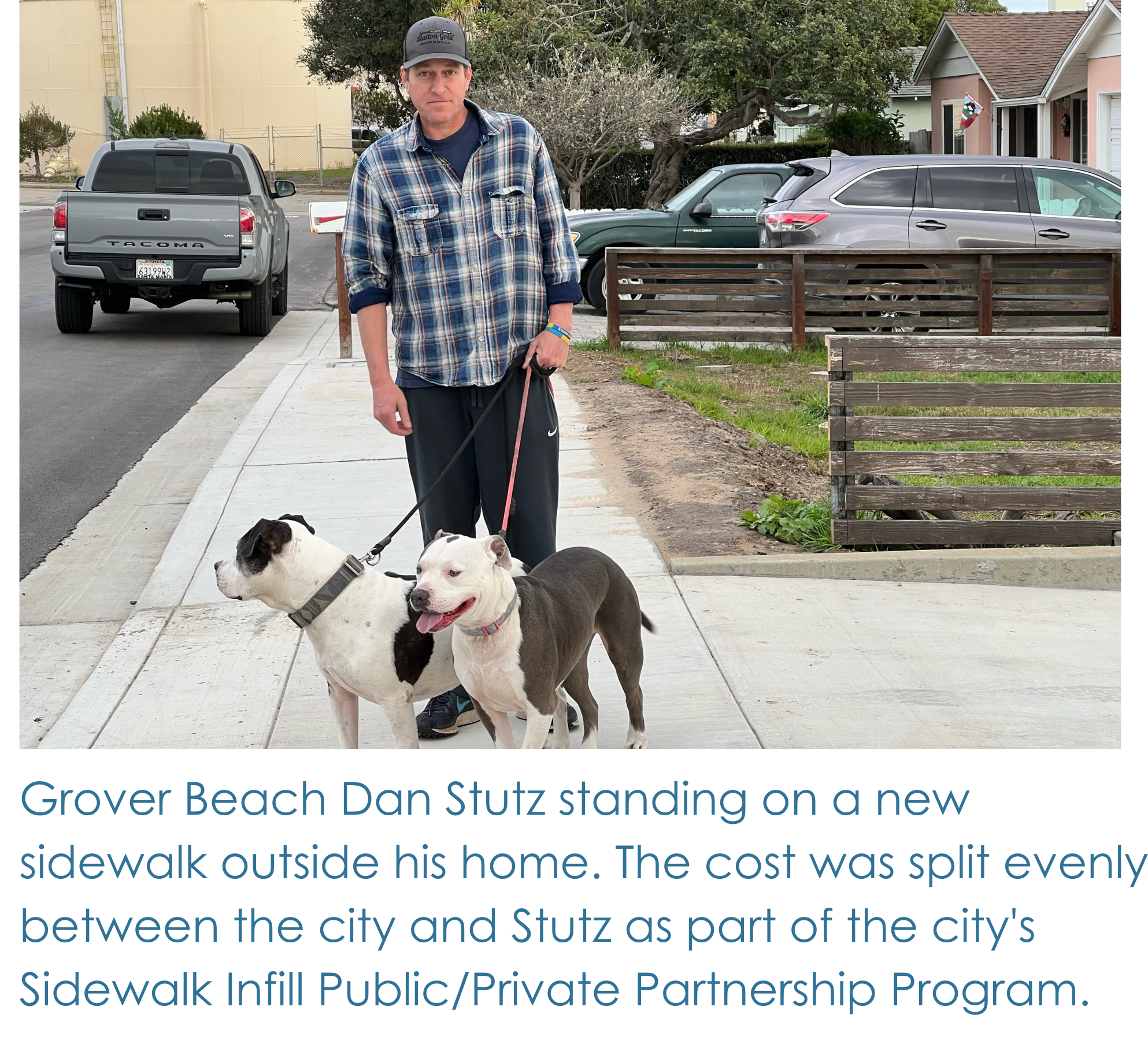 Build it and they will come

Key to this increase in projects is the increase in staff. Before Wiggin was hired, the city had three staff members in its public works engineering division. Now it has five, in addition to maintenance employees. This increase in personnel allowed the city quickly to incorporate state and federal funding into its plans and manage its projects more efficiently.

“You never want to have the money and then have to find the workers,” Wiggin said. “You want to find the people that can do the job, train them up, and then get them going on these projects.”

As for residents, the progress on roads has made a lasting impression. In 2021, for the first time in many years, poor roads were not the number one issue in the city’s community surveys.

“Roads are such a great component of the community,” said Lee. “This measure has led to so much investment in our community.”

The Cal Cities #LocalWorks initiative shines the spotlight on examples of local actions that are making a difference to their communities. Show how #LocalWorks in your community by emailing communications@calcities.org.