Mather Veterans Village in Rancho Cordova is the first permanent supportive housing development for homeless and disabled veterans in Sacramento County. While phase one of the development was completed in 2016, the city recently added nearly 100 units to the village, just in time for many homeless veterans to have a place of their own for the holidays.

Gregory, a veteran who has been living in the village since 2019, says it’s difficult to describe the transformative impact for those who will be coming off the streets and into the new units — just having stable shelter, something so many take for granted.

“When I first got here, I took a picture of my bed...it was a beautiful moment for me. It sounds so strange, but that was the best thing,” Gregory said. “I have my own space. I know it sounds simple, but really the simple things in life are the best things.”

Mather Veterans Village is an award-winning supportive housing development in a county that is home to 75,000 veterans and has the second-highest percentage of unsheltered homeless veterans according to the most recent data from the U.S. Department of Housing and Urban Development and the U.S. Census Bureau.

The latest expansion adds 50 permanent supportive homes and a 47-bed transitional program to the site, bringing the total housing capacity to 147. The village also includes spaces for vehicle and bicycle parking, outdoor recreation facilities, a community garden, a dog run, and supportive wrap-around services provided by Nation’s Finest. But finding the funding and resources to make the village a reality was no easy task. 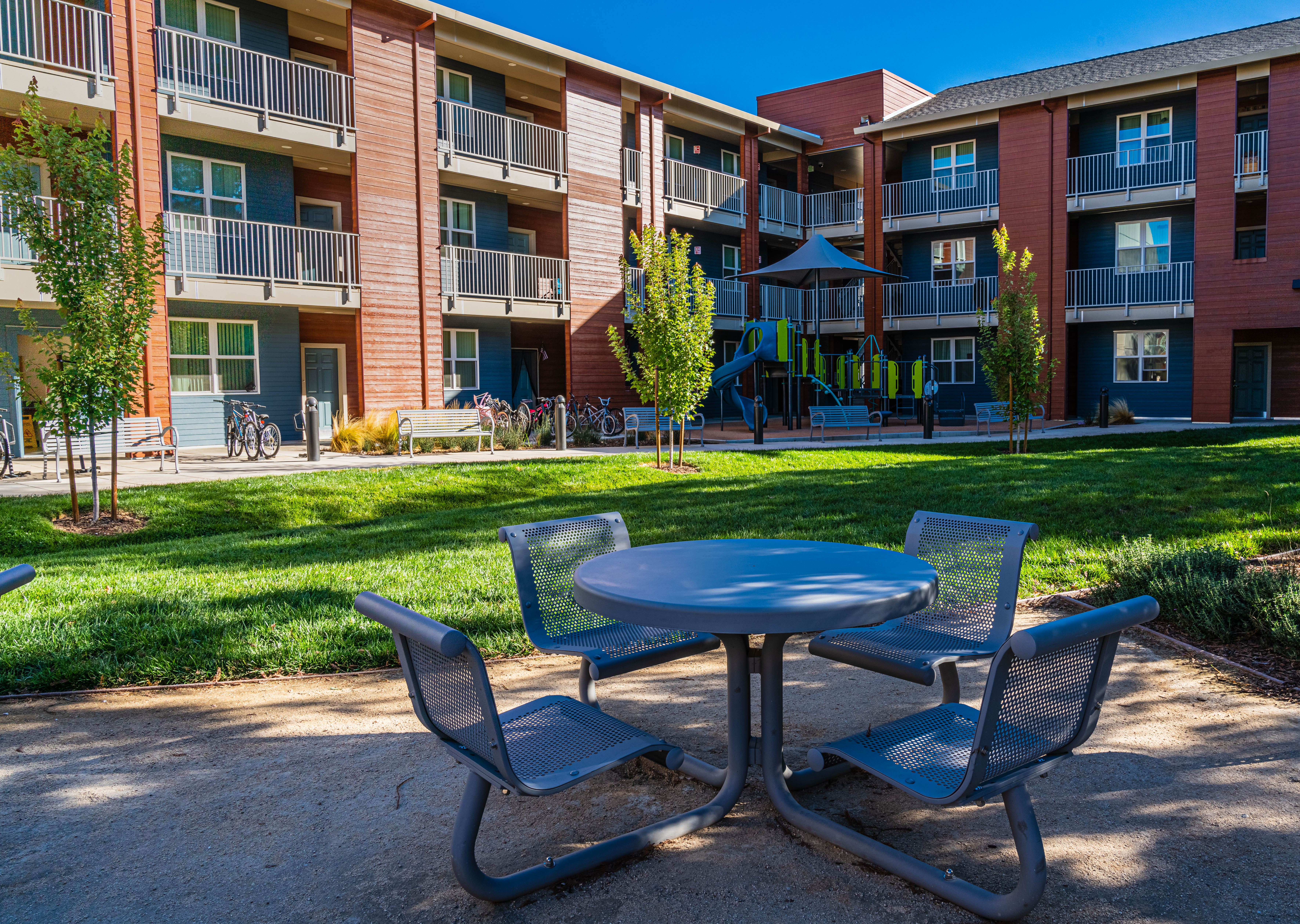 “Anybody who is looking at this level of a project needs to start with development partnerships. They need to look at community partners. It truly takes a village to build a project of this magnitude. We could not have done it on our own,” said City Manager Cyrus Abhar.

When the city initially developed the project in 2009, the city’s general budget was 35 million: The total cost of the project so far is 52 million. To make up the gap in funding, the city secured a variety of funding sources — tax credits, private donations, and state and federal funding — to complete the project.

The city also collaborated with the county to acquire land for the village, which sits on a former air force base, is only two blocks away from the Sacramento VA Medical Center, and is within walking distance of other amenities, including public transit.

“It’s a thrill to see what we can do together to end homelessness when we put aside political differences and act as if our neighbors’ lives depend on our actions — because they do,” said Doug Shoemaker, the president of Mercy Housing California, which manages the village. 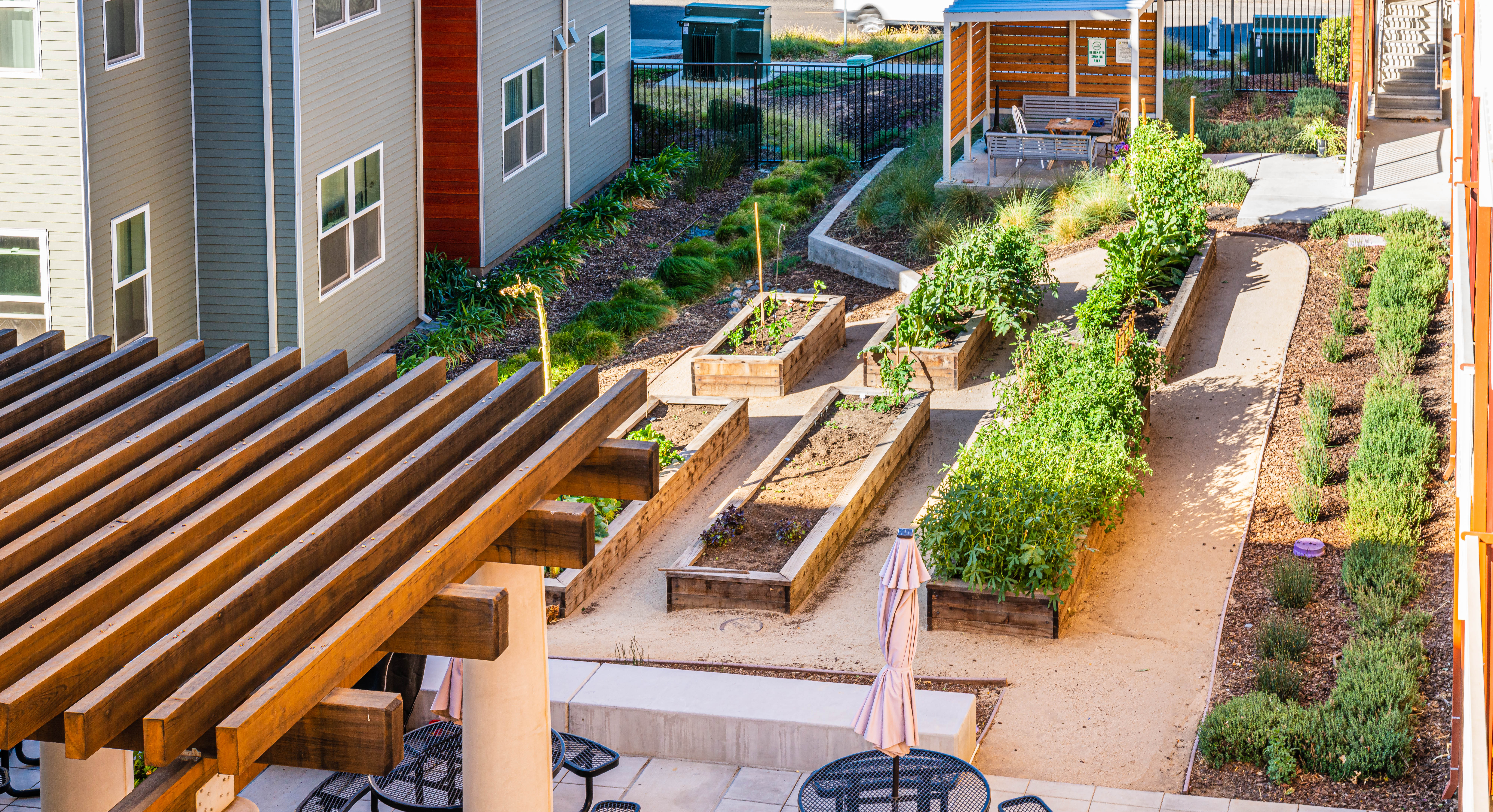 The new permanent housing units — limited to those earning at or below 50% of the area median income — are already at capacity and have a two-year waiting period. The transitional program is at 80% capacity. Several people leave the village each year, most with positive results. Some have even bought a house.

Veterans like Gregory can sometimes find temporary shelter quickly through organizations such as the Salvation Army, but it was not until he moved into Mather Veterans Village that he felt some sense of stability and security.

The expansion is just one of the ways Rancho Cordova is trying to provide housing for its most vulnerable residents. City officials are securing funding for a 28-unit complex for low- and extremely-low income families and hope to complete the 82-unit Sunrising Crossings in December 2023.