Oakland is closing the digital divide through Oak WiFi and education

In Oakland, as is the case for many cities, there is a strong correlation between neighborhoods with poor internet service and those that were “redlined” beginning in the 1930s. The official practice of redlining — banks and other mortgage lenders commonly rejecting loans for creditworthy borrowers based strictly on their race or where they lived— has been illegal for decades, but the negative effects still remain. 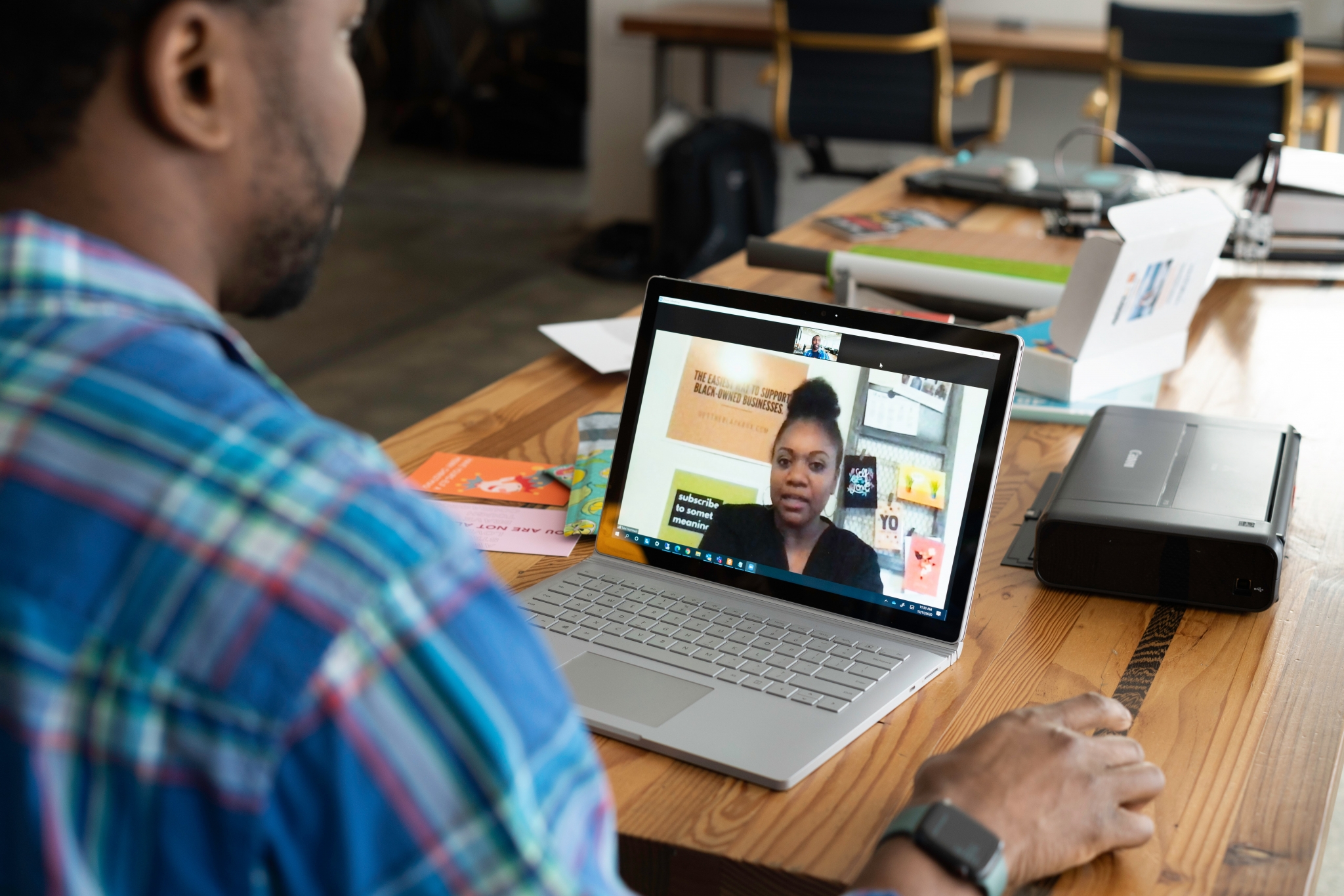 For those living in formerly redlined neighborhoods, the digital divide is well documented, with inconsistent, overly expensive, or nonexistent internet service. The results are devasting to those communities, who then experience greater challenges accessing government and healthcare services or achieving academic success and economic mobility.

The city’s internal statistics, confirmed by several external studies, are eye-opening. More than 40% of African American residents lack access to high-speed internet at home. Similar levels of disparity exist for other historically marginalized groups, such as Latinos (33.5%) and Asian Americans (25.2%). Only 14.6% of all white Oakland residents lack such access.

Thanks to years of planning, using tools that center racial equity, and federal stimulus funds, the city of Oakland managed to substantially reduce its number of digitally unserved and underserved households. Before the COVID-19 pandemic, only 12% of low-income students had a computer or reliable internet at home. When school started this fall, 98% had access to both.

The distribution of nearly 25,000 hotspots and laptops was made possible by an existing partnership with the Oakland Unified School District and several nonprofits. Crucially, the ongoing initiative includes tech support and an internship program that teaches high schoolers how to refurbish the district’s fleet of Chromebooks. 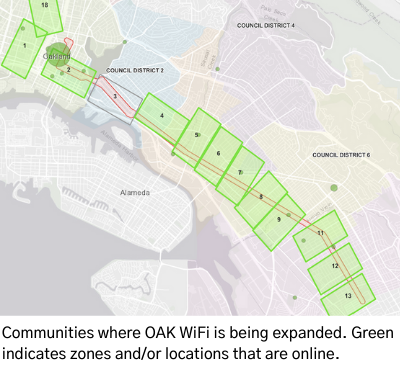 Many of the students served by the program live in neighborhoods along Oakland's Bus Rapid Transit line, the lynchpin of the city’s new Oak WiFi internet service. In late 2020, thanks to federal Coronavirus Aid, Relief, and Economic Security Act funding, the city began providing WiFi (up to 100 Mbps) through the line’s fiber optic cables. Oak WiFi coverage extends up to 1,200 feet from the line, which means it can’t reach every community. However, city officials have already identified some possible solutions. Anywhere from 975 to 1,300 streetlights can be used as access points, extending service from 600 to 1,200 feet from each light. The city is also considering creating mesh networks at city and school facilities and has negotiated discount internet rates and data plans for those living in affected areas.

“We want to get beyond having individual hotspots for individual people and be able to just have a citywide broadband connectivity,” said Councilmember Loren Taylor. “So, wherever you are in the city of Oakland, you can be connected, completely leveling the playing field.”

According to Oakland officials, simply providing access is not enough. Sometimes the biggest barrier is awareness, exacerbated by a lack of advertising or language barriers. In Oakland, about 49% of the population does not speak English well or speaks a language different from English. If information about a service is not readily accessible, then it effectively does not exist, which is why the city is focusing some of its attention on increasing digital literacy and awareness. This often requires working with trusted community partners. 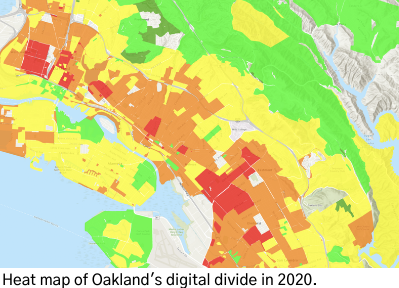 For example, the city of Oakland partnered with the Greenlining Institute to identify the communities most impacted by the digital divide. The two organizations launched Town Link, a holistic, equity-centered program intended to accelerate the acquisition of digital skills. The program includes the distribution of $10,000 grants to ten grassroots organizations already working to close the digital divide, which were awarded from Oakland’s general fund.

“Investing digitally in the AAPI [Asian American and Pacific Islanders] immigrant community is like investing in the next generation of innovation and corporations,” said Shirley Gee, executive director of the Vietnamese American Community Center of the East Bay, one of the grant recipients.

The funding will enable organizations to provide computers and tablets to residents and conduct educational workshops. Participating organizations must also collect information about internet access needs and experiences in their neighborhoods, which may be used to inform future programs.

“What we’re doing here is really new, involving local community organizations that haven’t traditionally been involved in broadband work but who have strong links to the community, and using those community links to target the digital divide,” said Greenlining Institute Technology Equity Legal Counsel Vinhcent Le.

Ultimately, bridging the digital divide requires extensive cooperation at every level, a path Oakland is committed to.

“Together, our collective impact will ensure that all Oakland public school students have access to the tools at home necessary for a 21st-century education: a personal computer, reliable internet, and culturally responsive tech support,” said Oakland Mayor Libby Schaaf.