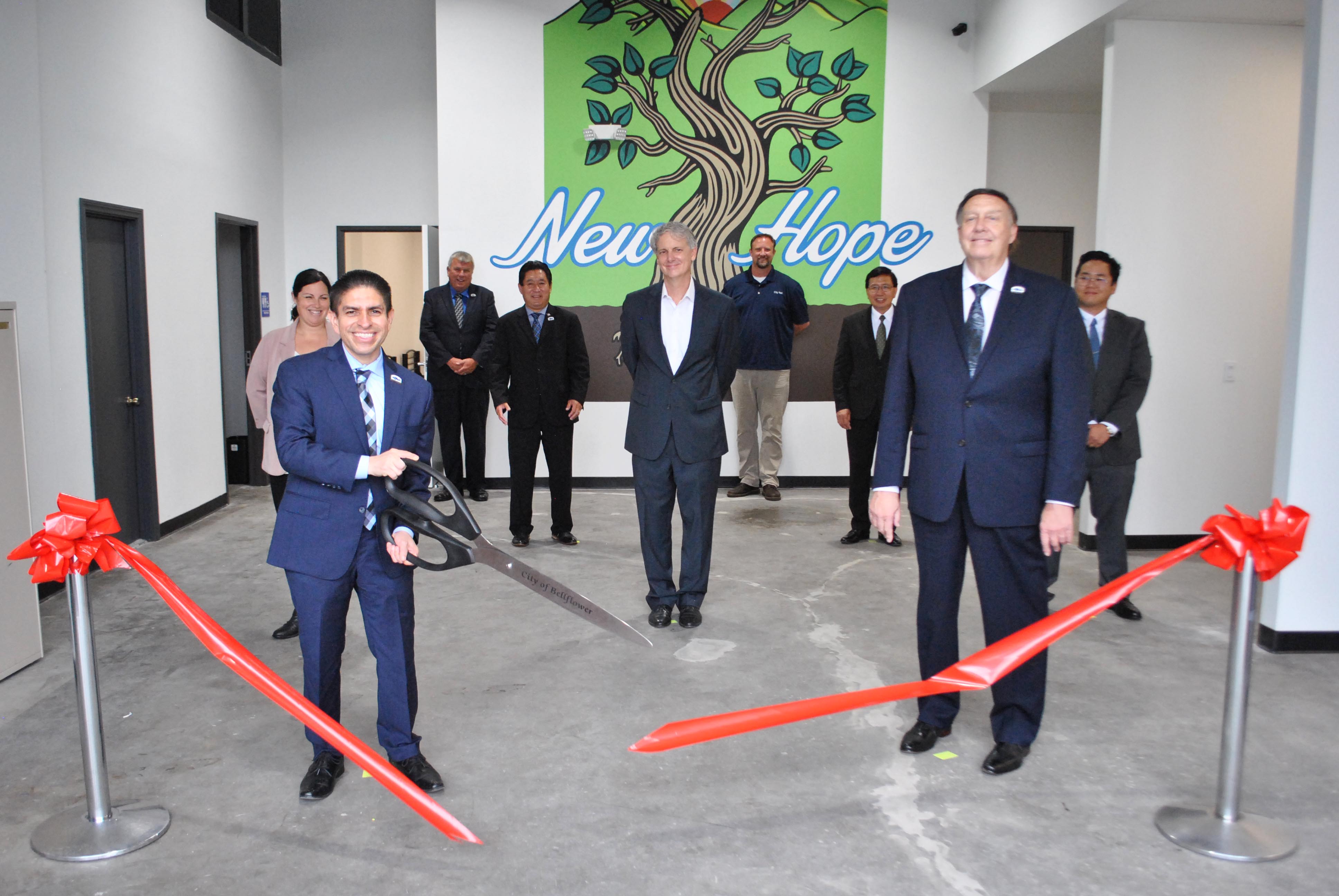 Homelessness is a pervasive challenge, one that has been exacerbated by the COVID-19 crisis. Before the pandemic hit, the City of Bellflower put into motion plans to open a homeless shelter to house its most vulnerable residents. On May 18, the city held a ribbon cutting celebration with Los Angeles County Supervisor Janice Hahn and U.S. District Court Judge David Carter and two days later the New Hope Temporary Services Shelter opened its doors.

The New Hope shelter opened just five months after a location, architect and construction company were identified. It represents a remarkable transformation from an empty metal warehouse to a state of the art 50-bed shelter and navigation center which will provide much needed services to Bellflower’s homeless population. The shelter was made possible through support and funding from Supervisor Hahn as well as city funds.

“Among the things that we are most proud of is the incredible speed with which we identified a location and constructed a shelter, a reflection of the dire need to address homelessness in our city,” said Bellflower Mayor Juan Garza. “The end result is almost impossible to behold when considering the point from which we started.”

“It was clear to the City Council that something needed to be done, not only to help our homeless population but also to ensure that safety and quality of the life of all Bellflower residents,” said Mayor Garza.