For a decade, the Oxnard Fire Department focused on improving mental health. Now, it’s helping others

On June 24, 2021, a 12-story condominium in Surfside, Florida, partially collapsed during the night, causing dozens of fatalities. Ten days later, I was on the scene as the Oxnard Fire Chief. However, my job was not to search for survivors. Instead, I was leading a team of peer support personnel, including veterans of the 9/11 response and a licensed clinician. Our job was to offer knowledge, experience, and most importantly, emotional support to the first responders.

Mass casualty events like Surfside can have a serious emotional and psychological toll on first responders. Once on the scene, the support personnel from New York City immediately recognized the strong odors emerging from the piles of rubble. They needed to take a moment to brace themselves mentally for the task at hand, as the body holds onto trauma.

Events like these, while tragic, are just a fraction of the potentially traumatic events firefighters can be exposed to during their careers. Fast-moving wildfires, violence, and other traumatic events can lead to post-traumatic stress disorder (PTSD) or suicidal thoughts. Even the basic structure of the fire service — sleep deprivation, a culture of stoicism, and a unique living-working environment — can have a cumulative impact on mental health.

According to the  International Association of Fire Fighters, roughly 22% of firefighters will meet the criteria for PTSD during their careers. Indeed, firefighters can have many of the stressors that are required for a PTSD diagnosis just by showing up to work. They are also more likely to binge drink than the general population and frequently suffer from  “compassion fatigue.”

Peer support teams, like the one I led in Surfside and helped build in Oxnard, are just one of the ways cities can address this silent crisis. Peer support allows firefighters to have conversations with trusted colleagues who are trained to listen without providing solutions. They can then de-escalate a situation and direct their peers to outside help. In many cases, talking through issues with a friendly and understanding face is mostly what a firefighter needs.

The Oxnard Fire Department began its journey to build a comprehensive behavioral health program in 2012. At the time, there were no readily available resources, so staff pursued grants to build a program. During that process, staff discovered that the department had spent more than $750,000 in five years on stress-related workers comp claims — enough money to fully staff a paramedic squad for a year or buy a new fire engine. 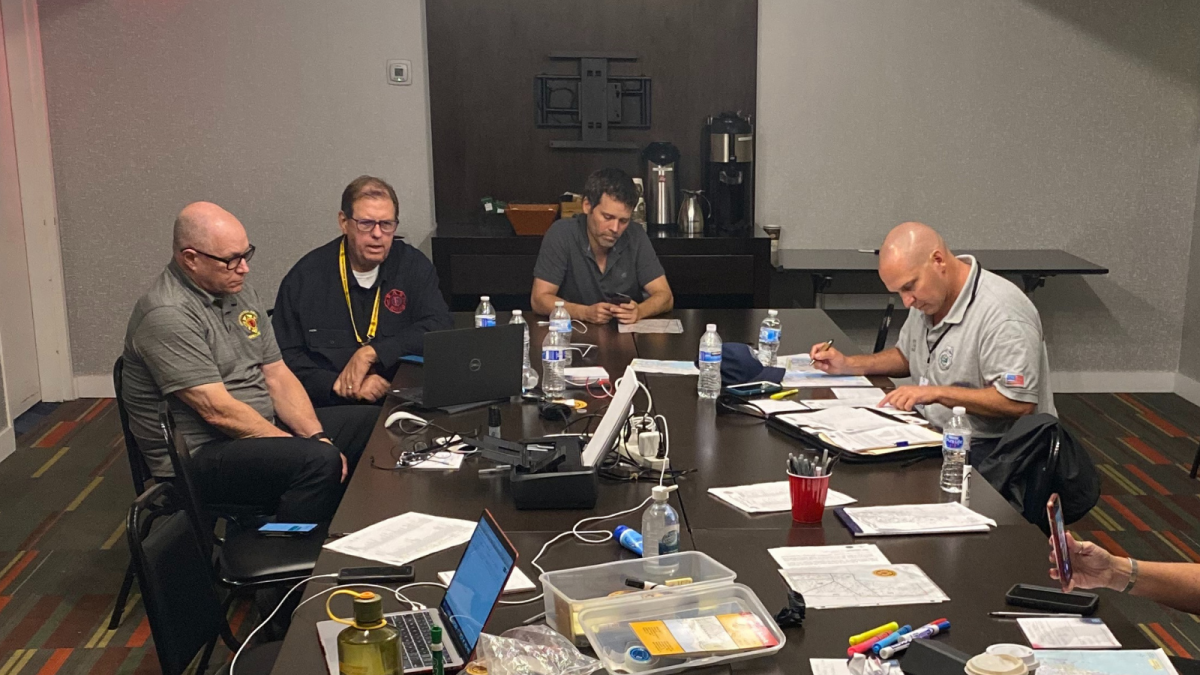 The Fire Department began building a peer support team in 2013 after receiving a $225,000 grant from the federal government. Since a peer support team is not something that someone can simply volunteer for, members were determined through an anonymous survey. Not everyone wants or can engage in random conversations about suicidal ideation, substance abuse, or increased leave. Additionally, given the program’s infancy, members of the support team needed to have the trust of their peers from the get-go.

The survey asked questions like: “Who would you speak to if you had a personal crisis? An issue at home with a spouse? A financial crisis?” Through that process, staff identified personnel who were viewed as the most approachable, who were then asked to join the peer support team.

At a basic level, peer support teams serve as a bridge to behavioral health care or as a space to have an honest, confidential conversation. In practice, the job of a peer support team can vary wildly. Take Surfside, for example. As the clinician and I were getting acquainted with the site, we were called over to meet with a search team that had just recovered a deceased family of four.

We spoke on a range of topics — from the tragic details of recovering the bodies to how we load fire hoses on our trucks. Then, during a lull in the conversation, a first responder broke out in song, cheering the group up with his freestyle lyrics. Therein lies the magic of peer support: Those with lived experiences of tragedies can support their peers in whatever way they may need to decompress from the frontline response.

Peer support can also offer insights into tactical needs. During our conservation with the group, we discovered their two biggest needs were faster internet connections for conversations with family and ‘tactical socks’ due to the hot, humid conditions. We played a dual role by providing a brief respite from their work while also addressing some immediate needs for them.

Throughout the deployment, our team became a beacon for resources. Before leaving, we were able to connect many of the first responders with ongoing behavioral health resources within their home jurisdictions, ensuring that they can continue a healthy response to the trauma from the event.

More information about the Oxnard Fire Department's focus on helping others is available in the November issue of  Western City magazine.
The Cal Cities #LocalWorks initiative shines the spotlight on examples of local actions that are making a difference to their communities. Show how #LocalWorks in your community by contacting communications@calcities.org.