Just a few weeks ago, a Carlsbad resident sent us a picture of their dog. “Residents sending in pictures of their dogs” is not an official performance metric for the city of Carlsbad’s communication department. But it’s a perfect example of what the city has begun to measure: evidence of a positive, respectful relationship between the city organization and the community it serves. 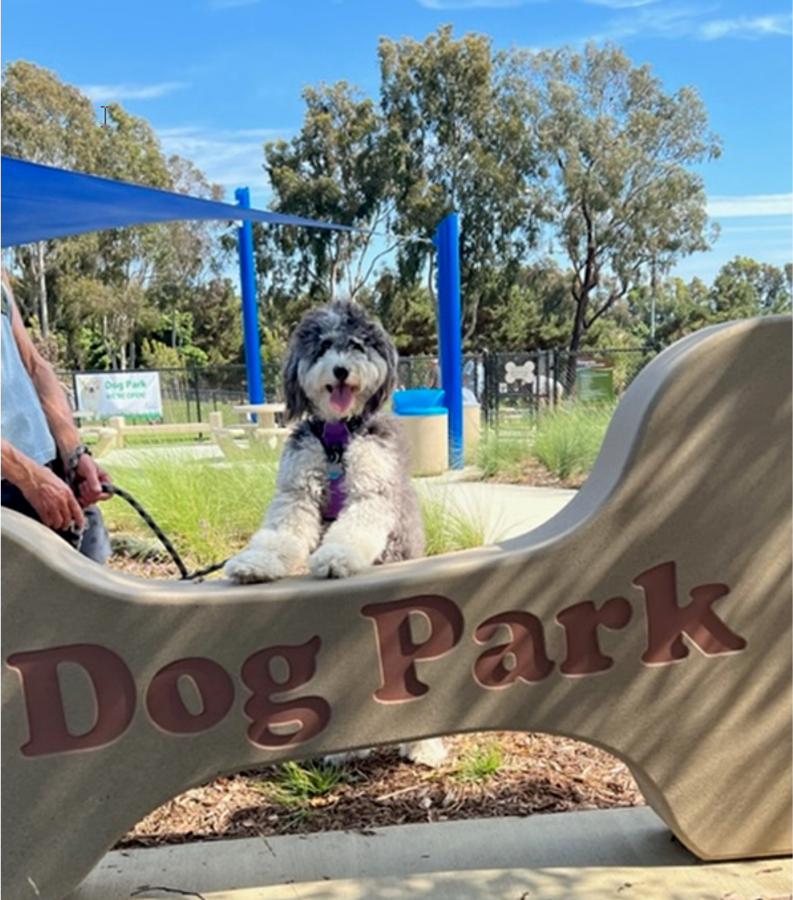 Government communication, some will argue, is an oxymoron. To be fair, government deals with complex issues, is often expected to be all things to all people, and operates in an environment with little tolerance for risk. This is not a set of circumstances that leads to open, trusting communication.

As a result, public agencies tend to err on the side of caution, putting out information that is long, technical, and very formal. People don’t want to read it and if they do, they probably don’t fully understand it. This reinforces the perception of government as out of touch and lacking transparency. This negative filter then colors everything people see coming from government.

On the other hand, when government sees the end goal of communication as relationship-building rather than information-sharing, an opportunity opens up for a different style of interaction — one that feels more like a two-way conversation.

“No one likes to be talked at,” Chadwick noted. “People want to feel a sense of connection; it’s how we’re wired.”

Making the business case for a dog park picture metric

A business case can be made for this relationship-focused approach. When people trust you, they give you the benefit of the doubt when things get tough. They forgive you when you make an occasional mistake. They may even support you despite disagreeing with what you’re doing. This can result in:

Here in Carlsbad, the results speak for themselves. Like all cities, Carlsbad (population 115,302) found itself in a rapidly changing environment full of uncertainty during the early months of the COVID-19 pandemic. One of Chadwick’s first directives was to issue a daily update to the community, and he wanted it to come from the city manager.

Some of us were hesitant. The city’s newsletter had a 40% open rate — about twice the national average. But we decided to take the leap. The format and overall look didn’t change from its previous iteration, just the tone. Written in the first person from the city manager’s perspective, Chadwick’s new newsletter conveyed empathy and emotion at a time when the community needed it the most. 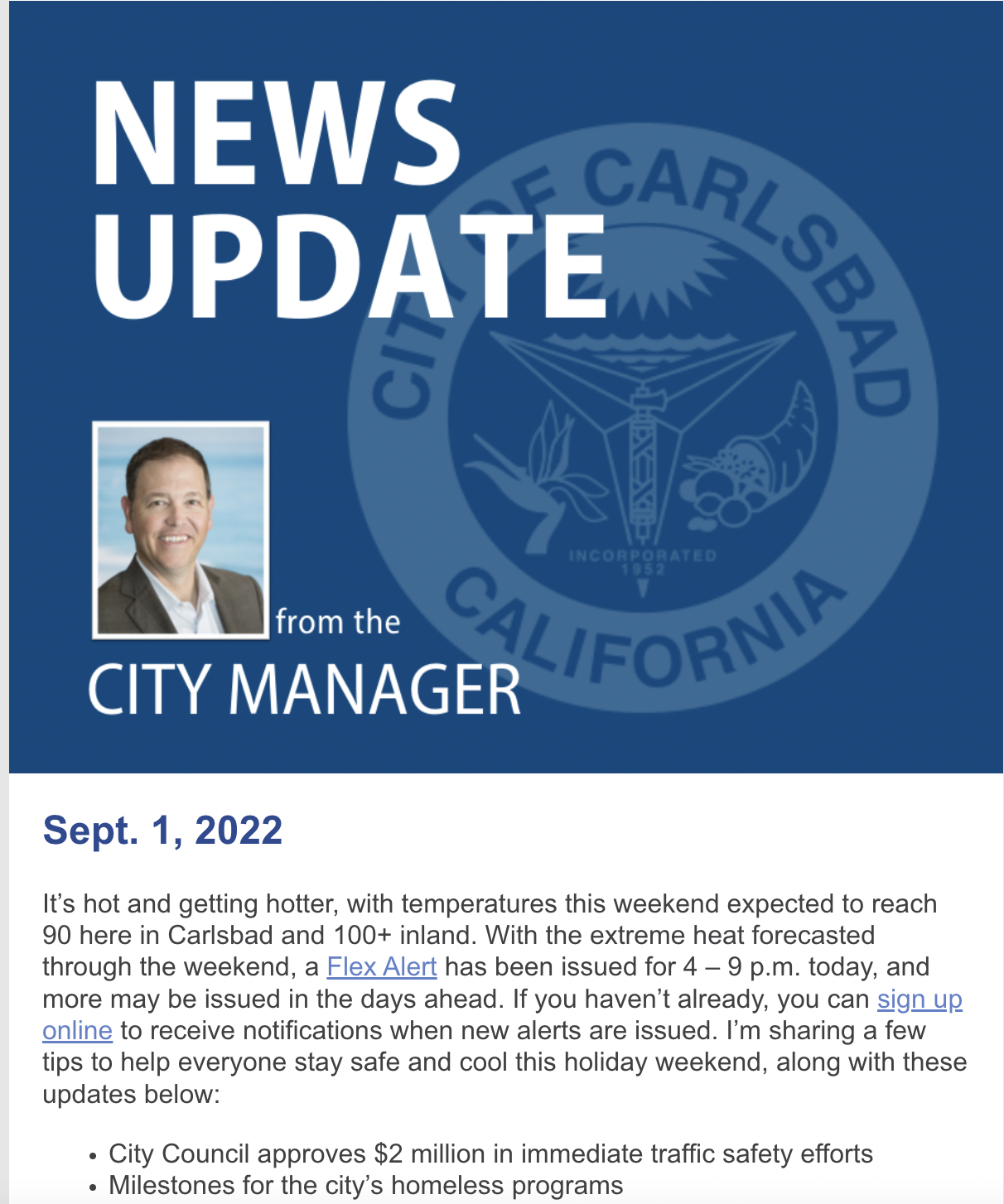 Readers responded in droves with everything from a simple thank you to an in-depth critique of the city’s COVID-19 response. Either way, city staff responded personally, often mentioning these comments, good and bad, in the next issue. The newsletter began to feel like a two-way conversation with the community. Staff also started to see an uptick in subscribers and open rates.

As the pandemic faded into the background, city staff broadened the newsletter to other topics but kept the personal tone. Chadwick often highlighted specific employees when mentioning projects, explaining what they do and why they love public service. Bit by bit, he painted a picture of government that didn’t look like an institution; it looked like people.

When the newsletter went back to its once-a-week cadence, staff expected a drop off in subscribers and open rates. Instead, open rates crept up another five percentage points and the list continued to grow, largely by word of mouth.

“We have been able to build trust with the public because we communicate regularly, in plain English, and that creates transparency,” Chadwick said. “But the real game changer has been allowing them to see the human beings within their local government as people, just like them. That’s a strong foundation to build from.”

Looking at back issues, five things jump out as contributing to the human touch. And all five are easily replicable by other agencies — as long as they are willing to put themselves out of their comfort zones just a little.

More information about the five ways Carlsbad humanizes its high-tech communications is available in the October issue of Western City magazine.
The Cal Cities #LocalWorks initiative shines the spotlight on examples of local actions that are making a difference to their communities. Show how #LocalWorks in your community by contacting communications@calcities.org.