In the elevated awareness that followed the COVID-19 pandemic and racial tensions of 2020, equity emerged as a priority for cities throughout the nation. When the American Rescue Plan Act (ARPA) was signed into law in 2021, many hoped that it would help address not only pandemic-related economic issues, but also help cities build an inclusive future for communities.

For the city of Norwalk, this hope is becoming a reality. Like many cities, ARPA gave Norwalk — a Los Angeles County city of 102,733 — the flexibility and funding needed to meaningfully engage and support its most underserved communities.

City staff focused their efforts on one of Norwalk’s oldest neighborhoods, the One-Ways — the only residential community in the city with narrow, one-way streets. The neighborhood was originally constructed in the early 1950s as temporary housing for servicemen and their families working at a nearby U.S. Air Force fuel supply facility. As a result, most of the homes are single-family residences that are very modest in size, ranging from 550 to 750 square feet.

Through the 1950s, thousands more homes were developed in Norwalk, providing modern amenities and layouts to serve growing households. From that point forward, the One-Ways began to serve predominately low-income households. Over time, crime increased, sometimes visibly with the presence of street gangs. In response, the city invested in public safety and social services, which helped reduce crime.

However, the neighborhood still has some serious public safety concerns and obvious signs of need. Like other underserved neighborhoods, many homes and yards lack basic maintenance, and streets are crowded with parked vehicles in narrow rights-of-way. Also, Latinos now comprise the largest share of the One-Ways’ population, with many living in multigenerational households and primarily speaking Spanish.

Once the U.S. Department of the Treasury issued its final guidance for ARPA, the city realized it had an opportunity to develop collaborative interventions with this unique neighborhood. Rather than creating a program based primarily on staff observations and recommendations, the project team intentionally committed to listening to residents first, in the hopes of uncovering insights that could spur long-lasting change. 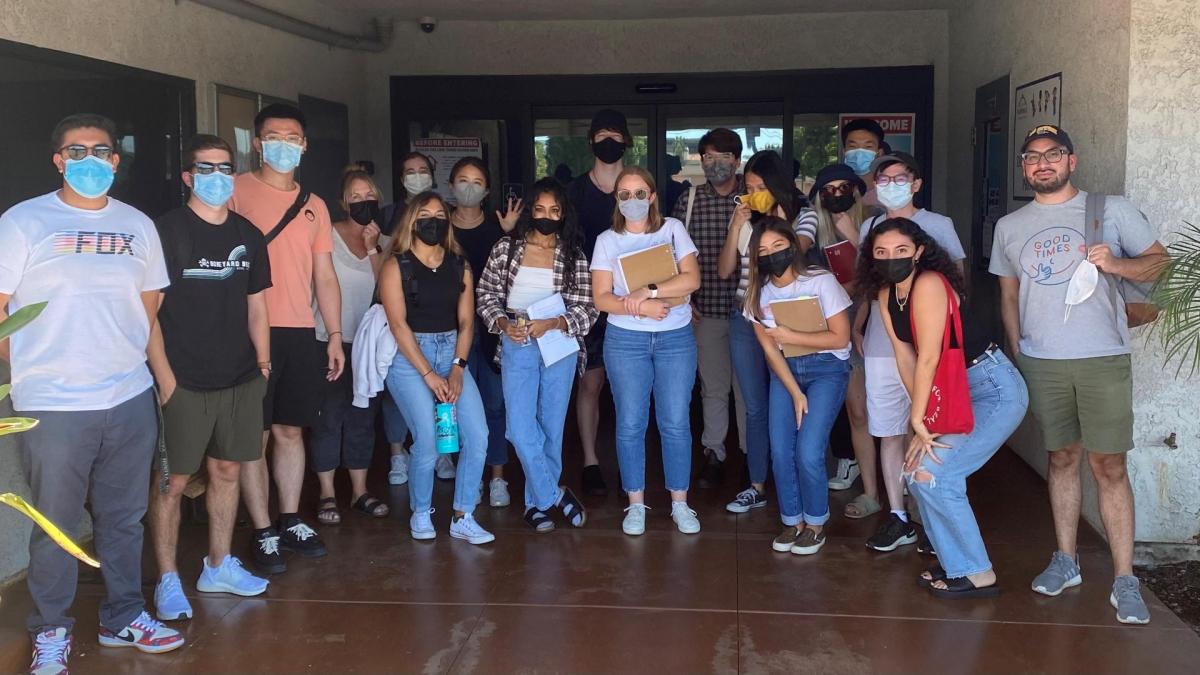 Staff knew that the initiative could be highly successful if they could find the right partner to augment the city’s limited capacity. Based on similar, successful partnerships, the city reached out to Professor Susan Harden, an instructor for the University of California, Irvine’s Master of Urban and Regional Planning Program.

The graduate program is known for producing hard-working, intelligent, and resourceful students that conduct excellent outreach programs and thoughtful analyses as part of their graduation requirements. Each year, the department seeks out areas for community practicums conducted in a model similar to an AmeriCorps team.

These teams can be an invaluable resource for smaller cities. The multidisciplinary graduate student teams are equipped with knowledge of land use planning, urban design, environmental planning, community and economic development, housing, international planning, and transportation planning.

The graduate teams are also ethnically and socioeconomically diverse, with many members speaking multiple languages. Some members of the One-Ways team were raised in Los Angeles County and could easily relate to the cultural norms and unique conditions of the neighborhood, such as the challenges faced by multigenerational households.

More information about revitalization in Norwalk is available in the August issue of Western City magazine.