For some city officials, informing people about government services can be as difficult as developing or maintaining public services. This is doubly true for those who serve underrepresented or underserved communities, where individuals might face language barriers, have less trust in government, or work demanding schedules that prevent them from accessing government services. 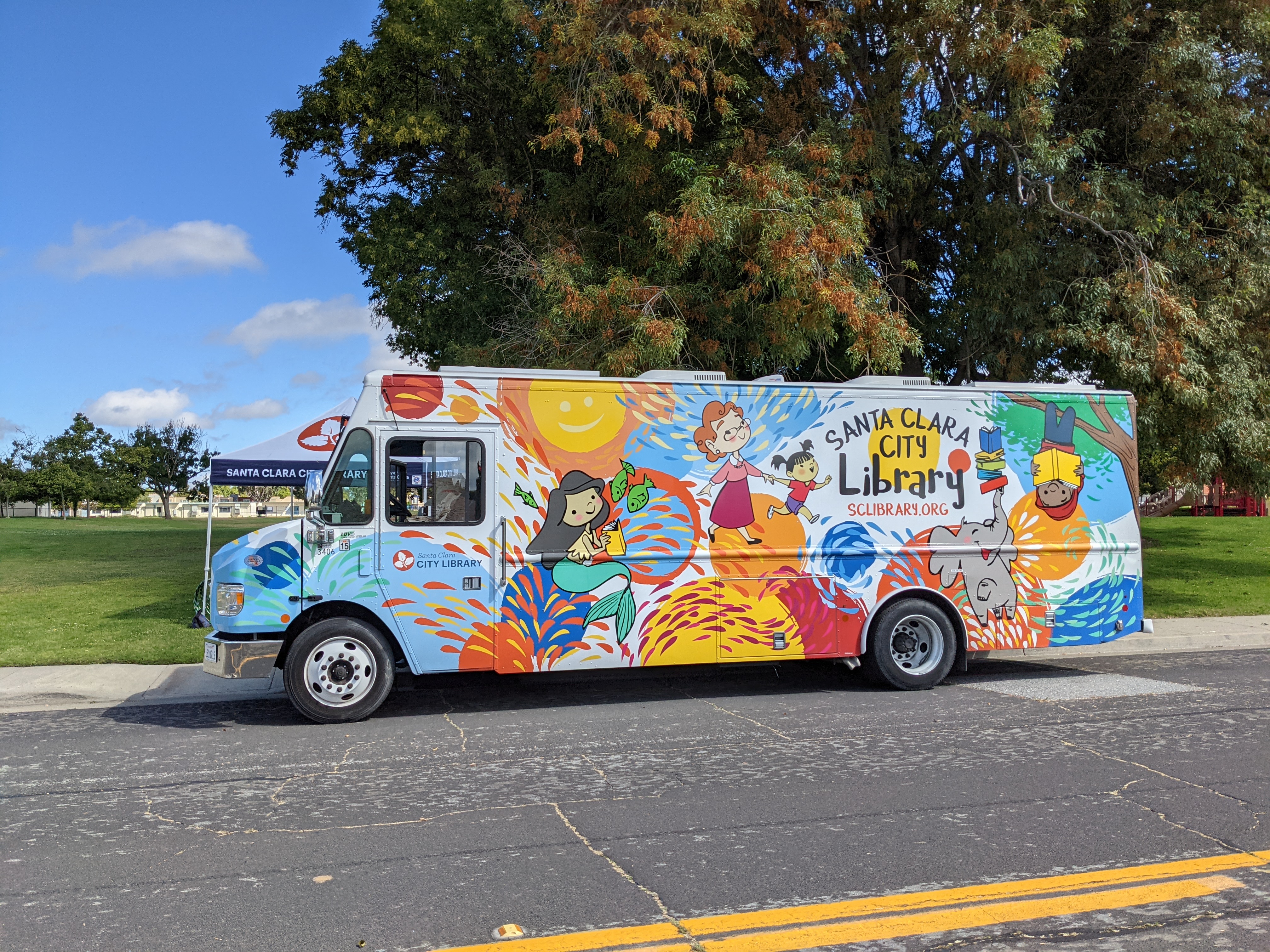 For Santa Clara, a mid-sized city located in tech-heavy Silicon Valley, part of the solution involves a rather analog technology: the bookmobile.

Reimagined in 2016, thanks to a grant from the Irvine Company, the city of Santa Clara’s bookmobile has all the hallmarks of a successful mobile literature program. Before COVID-19, it served an estimated 1,500 to 2,000 people per month — roughly a quarter of all city library patrons. In fact, the bookmobile was so popular, that it was the first library service brought back after the shelter-in-place orders were lifted.

Moreover, the library saw a corresponding increase in service at its static locations after the bookmobile’s relaunch. Nearly 25% of patrons who register library cards at the bookmobile utilize services at other branches.

“I love everything about the bookmobile,” said Santa Clara resident Samrawit Bekele. “It’s so convenient and the staff are so patient with the kids. The kids can’t wait to go home and read.”

The bookmobile’s collection is based on the vocalized or perceived needs of residents. “We often tailor our collection for the stops that day — making sure we have that special series for that voracious young reader or that request for books on making paper airplanes or that new novel for our romance reader at the Senior Center, " stated Santa Clara Librarian Patricia Wong. 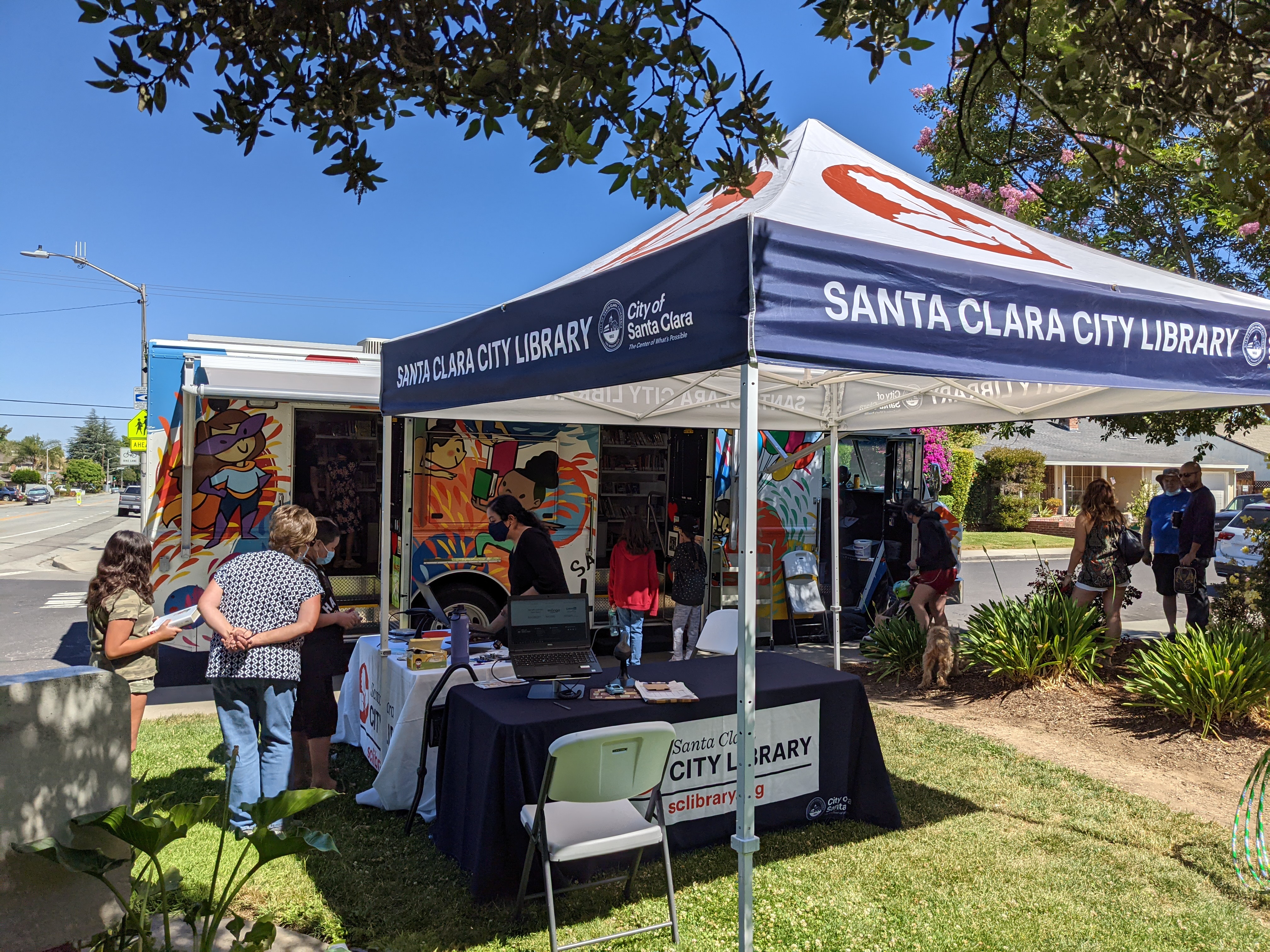 The bookmobile focuses on promoting early childhood literacy and enriching the lives of retirees and working-age adults in underserved communities. Ten of its regular stops are at local schools, retirement communities, and housing developments; the other ten are at public parks. The bookmobile also stops at community events, sometimes attracting hundreds of patrons in a single event.

What makes the bookmobile truly special is its ability to connect residents with other parts of city government, especially those in underrepresented or underserved communities. The city’s population is not dense enough to sustain a robust public transportation system, which means some residents may be disconnected from vital services. "The bookmobile offers an opportunity to reach out to our most geographically isolated communities,” said Wong. 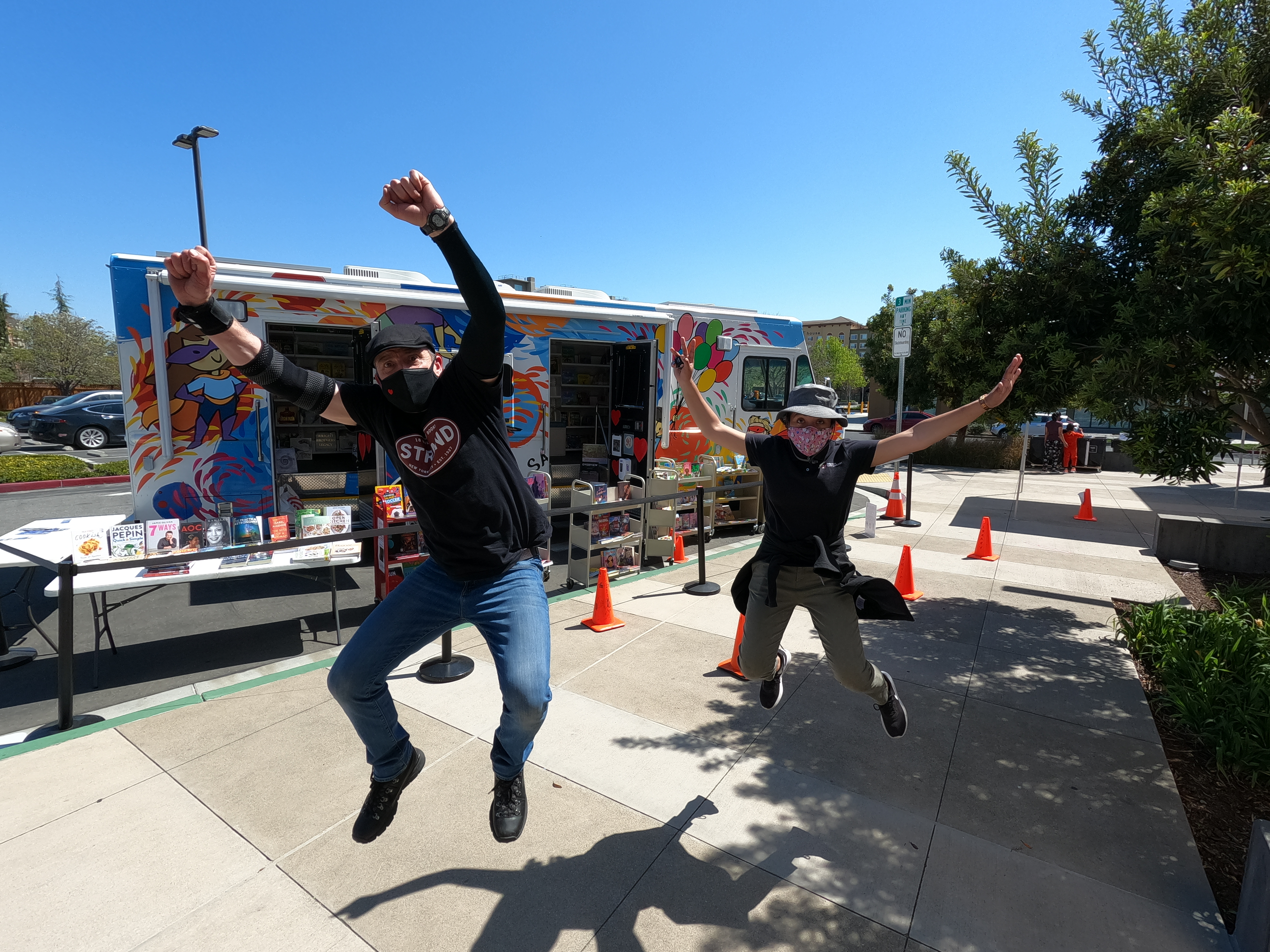 Staff spend a lot of time just talking with residents to determine what services they need. By forging meaningful relationships with residents, they can reach residents that other departments might have difficulty reaching, regardless of geographic location. For example, the city has used the bookmobile to provide residents with updates about COVID-19 in multiple languages or attract registrants for a Spanish language community emergency response training.

Like many libraries, the bookmobile has more than just books. It is equipped with an exterior audiovisual system that can be used for classes and demonstrations, game show-style events, movies, and as a “billboard” for city services. Staff also host a recurring karaoke program, which the city uses to introduce key new programs in a fun, engaging way. "It's about connecting with the community where they are, with what they want,” said City Manager Deanna J. Santana.