The program is staffed by counselors from a nearby nonprofit, with funding provided by the CARES Act and the city of Garden Grove, which also provides logistical support.

Access to proper mental health care is prohibitively expensive or even nonexistent for most Americans. With nowhere else to go, individuals suffering from mental health crises are increasingly turning to police departments for help. The city of Garden Grove, located in northern Orange County, fields approximately 14,500 mental health-related calls annually.

Nationwide, such calls can lead to devastating, life-altering results. On average, 40% of Americans with a serious mental illness will come into contact with the criminal justice system, usually for low-level offenses. A widely cited study presented to the U.S. House of Representatives found that these individuals remain in jail longer than their peers, are more likely to gain new charges while incarcerated, are seven times more costly to house, and are less likely to make bail. Tragically, 1 in 4 officer-involved fatalities involves someone with a mental health condition. 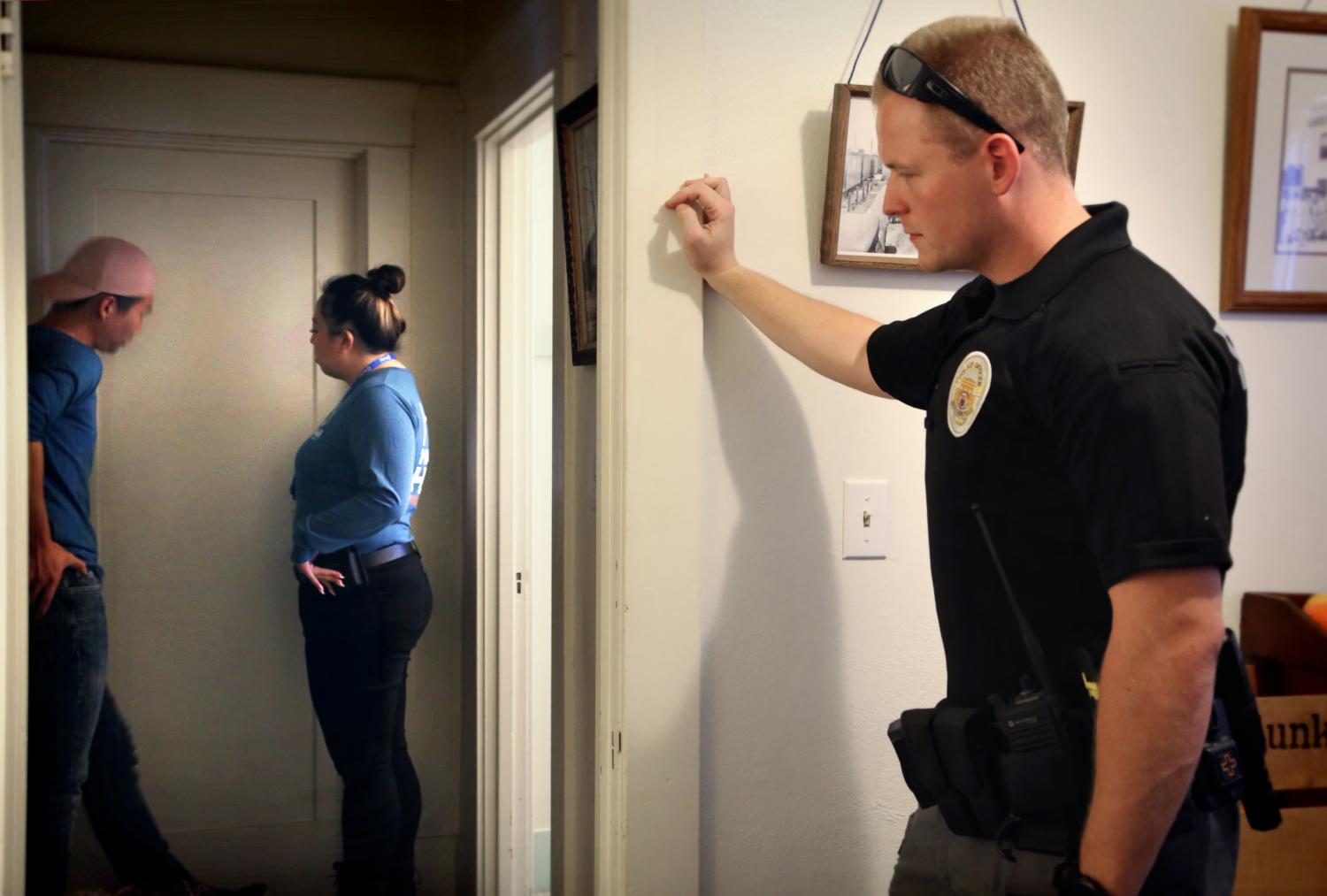 Garden Grove also provides logistical support to the mobile response team, just like they would for any other emergency service. Police department dispatchers triage calls received through the city’s non-emergency line and 911. Before the team is deployed, dispatchers will confirm that the callers’ needs match the services rendered and that the situation is non-medical, nonviolent, and does not involve weapons.

City staff hope that the program will lead to better outcomes for those experiencing a mental health crisis and allow police officers to return to their core patrol duties. Best of all for residents: The services are completely free for anyone — from “an unhoused resident to a member of a wealthy family,” said Stiles.

How does it work?

The Be Well OC Mobile Response Team specializes in de-escalation and can provide counseling, information, referrals, transportation to services, and ongoing case management. Additionally, the team can assist with a variety of non-emergency, non-medical situations. In collaboration with the police department’s homeless task force, the Be Well OC team can transport willing individuals to a shelter or other location where their short-term, and long-term needs can be met. They can also help with welfare checks, death notifications, domestic issues, addiction, and other similar issues. 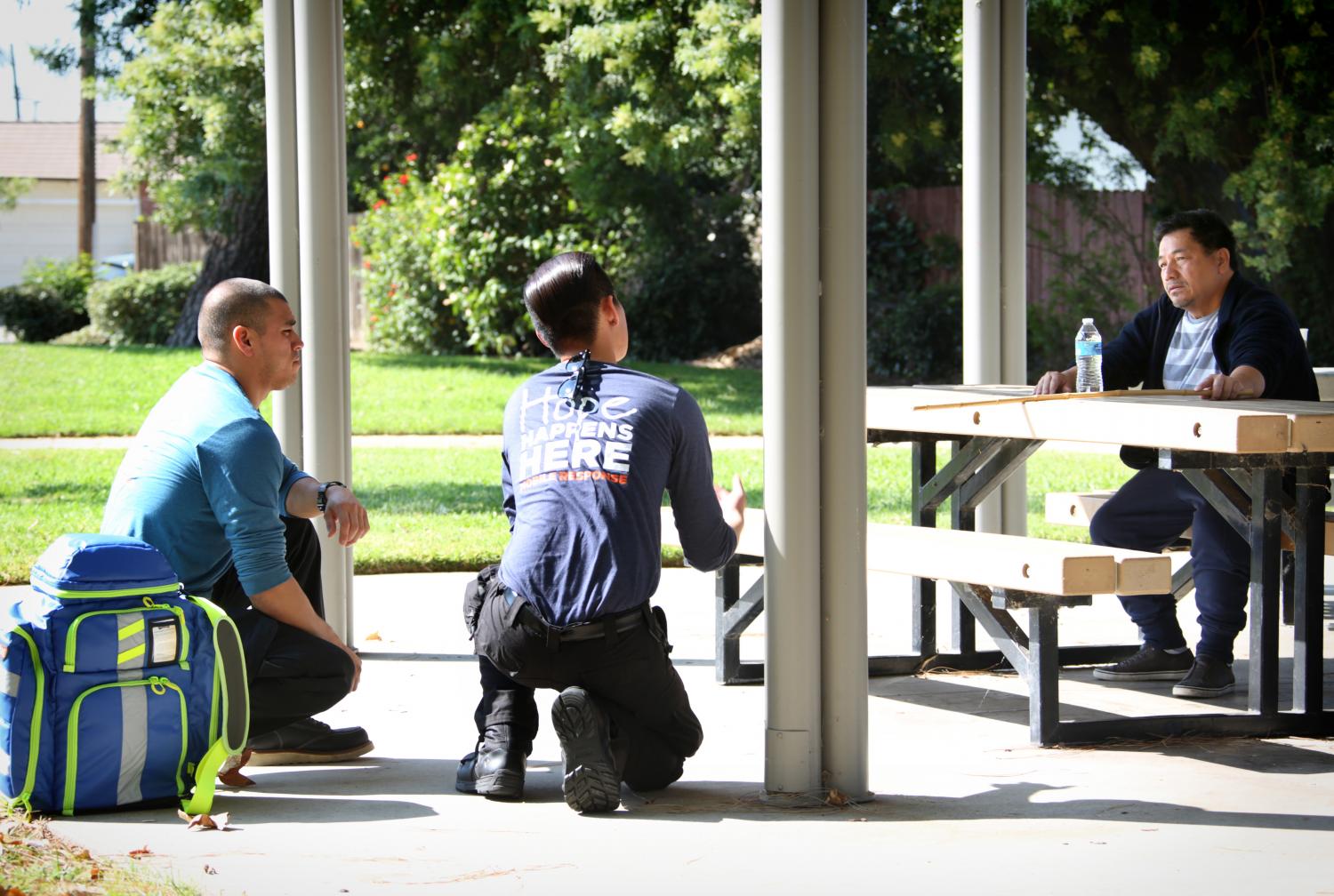 “What’s really interesting is that a lot of the team’s calls are officer-generated calls: It’s the officers out in the field who have run across someone who appears to need mental health services and they are making some of the initial health calls. The city council, my office, and the police department are really interested in seeing how things work,” said Stiles.

On its own, Garden Grove can respond to around 30 such calls per day — nearly 11,000 annually—and operates between 9:00 a.m. and 9:00 p.m. The city also has a reciprocity agreement with Huntington Beach, which may allow them to reach even more residents. By the end of the year, the program will include additional teams, with counselors available 18 hours a day.

Garden Grove plans to launch a mobile mental health dashboard, which will show the number of calls, the nature of the calls, and other important data points. The pilot program ends next October but may be extended after input from internal and external stakeholders.

Be Well OC in Garden Grove is truly a program for everyone,” said Marshall Moncrief, CEO of Be Well OC. “It supports residents, first responders, healthcare workers, social service professionals, and the entire community with a clinically-effective and cost-effective response to mental illness, substance use, and homelessness.”