Over the past year, the city installed 10 art pieces in public places, including three at the Downey Theatre Plaza and six in downtown Downey. 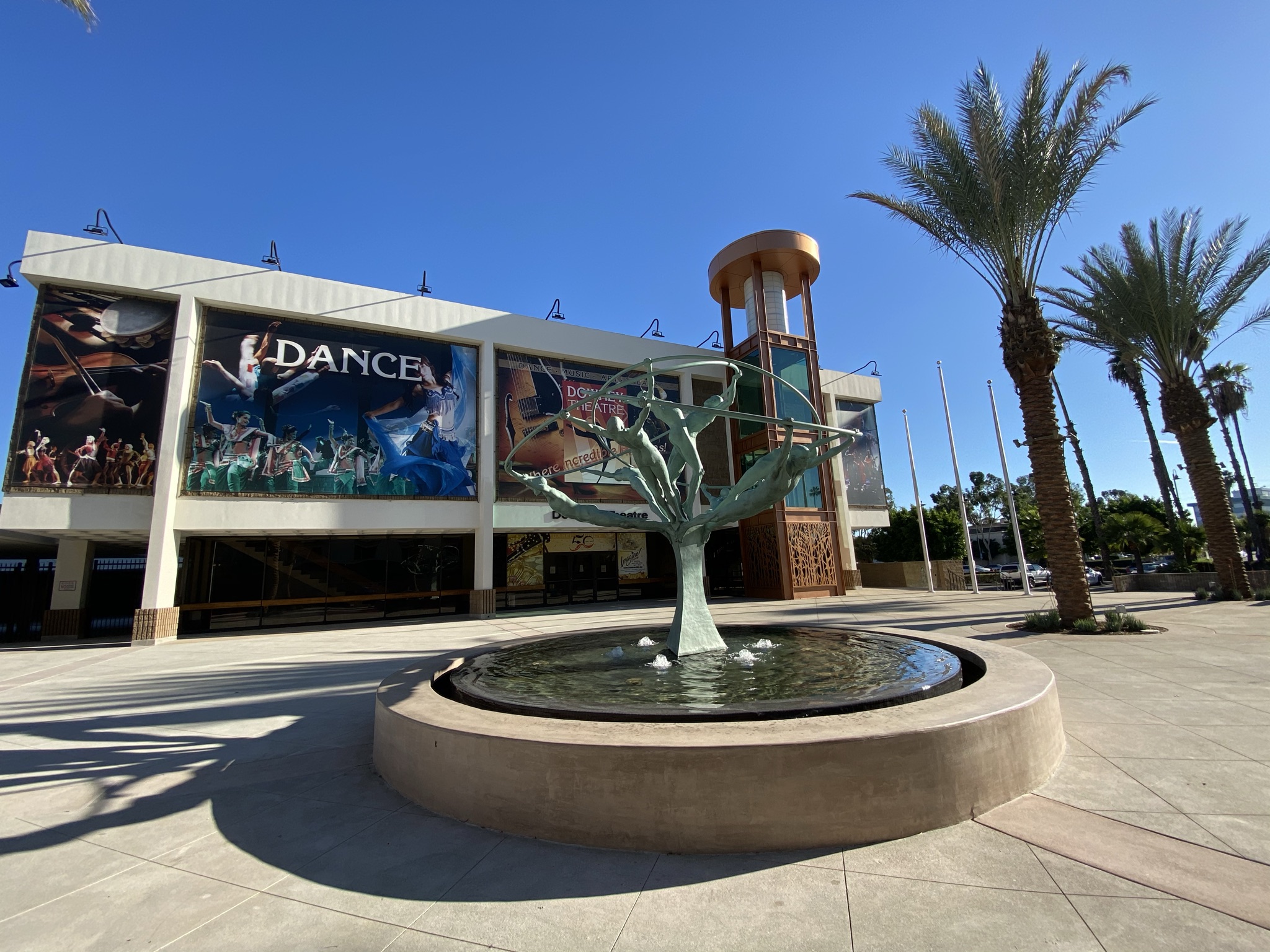 In 2005, the Downey City Council adopted the Art in Public Places Program, with the goal of providing original artworks in areas that are easily accessible to the general public, such as parks, business centers, and public spaces.

The program offers a wide range of artistic styles, themes, and media — all of outstanding quality — that provoke discussion and encourage comment. The program is dependent on public-private cooperation between the city, artists, and developers. The Art in Public Places Program also provides the Downey City Council with the flexibility to initiate public art projects on city-owned property and to provide for facilities where public art is displayed.

Over the past year, the city installed 10 artworks in public places, including three at the Downey Theatre Plaza and six in downtown Downey. The placement was intentional: The city sought to create synergy between the two areas and promote walkability in the downtown area. It also builds upon the city’s Downtown Specific Plan and creates a new concentration of art in the downtown corridor that will attract visitors and augment art programs, such as the city-funded Stay Gallery.

“The city’s art in public places program enriches cultural offerings for not only Downey residents, but the business community as well,” said CEO of Porto’s Bakery Raul Porto Jr. “It has been great to see these amazing art pieces enhance buildings, streetscapes, and parks, and help drive our local economy, especially with the creation of destination places in our town, such as downtown Downey.”

The Theater Plaza features three works: “Tree of Life” by Clay Enoch, “The Conductor” by Jane DeDecker, and “In the Wings II” by Jane DeDecker and Alyson Kinkade. The “Tree of Life” — a stylized, figurative web of figures splayed outward in the shape of a tree — can be found in the center of the Plaza’s newly constructed fountain. The two other works are installed in the niches of the Plaza’s sculpture garden. “The Conductor” depicts a man boldly confidently directing an unseen symphony while “In the Wings II” features an abstracted dancer tying her pointe shoe in preparation for the next performance. 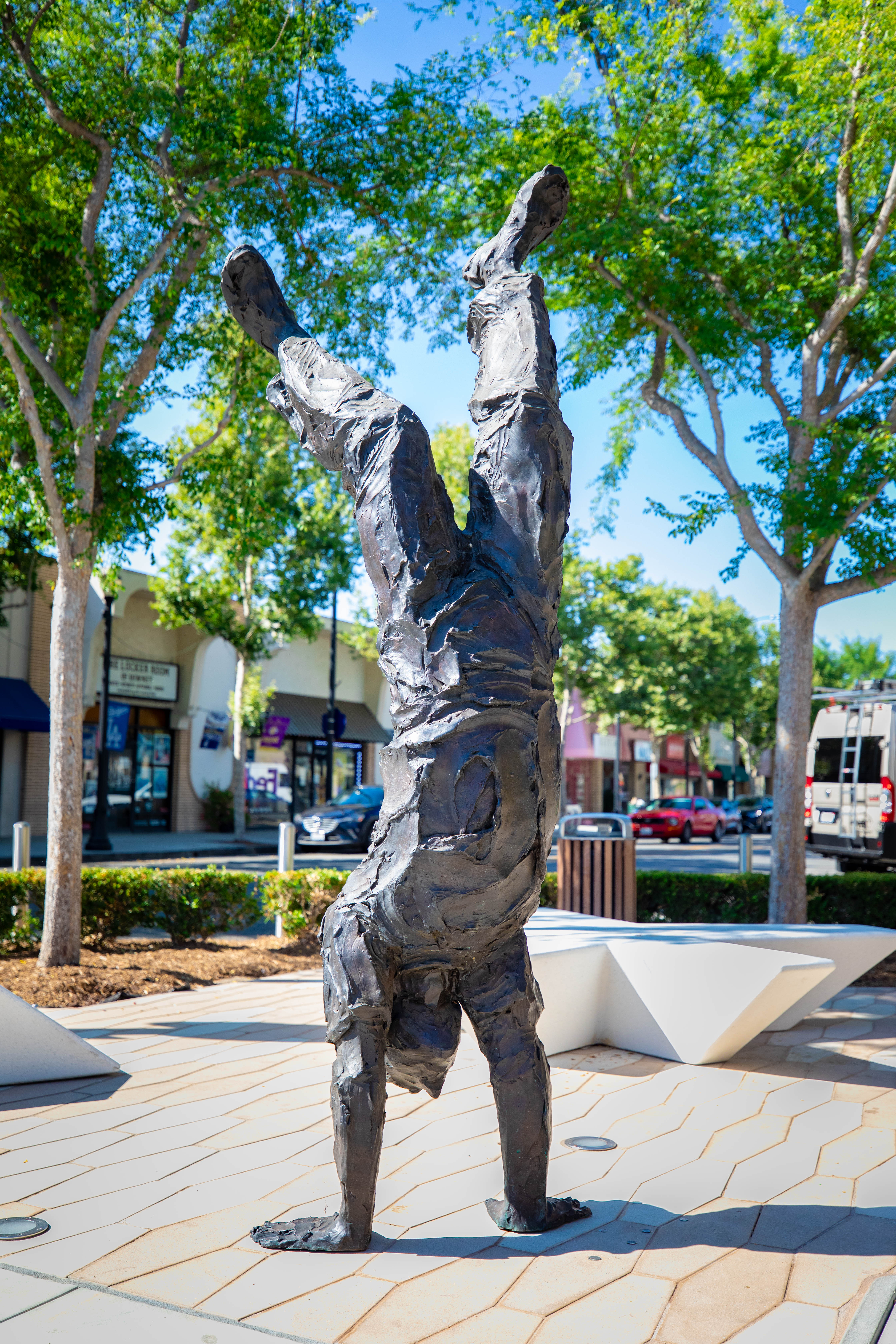 There are five new installations on Downey Avenue, each of which falls under the themes of “whimsy” and “wonder”. The sculptures are lighthearted, designed to be relatable to different audiences, and encourage visitors to explore and learn more about their surroundings. The five works of art are:

The city also installed a historical kiosk/marker, which tells the story of downtown Downey through text and photographs. The images on the marker were provided by the Downey Historical Society and the content was created by the late Larry Latimer, a member of the Downey Historical Society. The public art kiosk enhances the pedestrian environment by developing, a one-of-a-kind, self-guided historical walking experience in Downey. 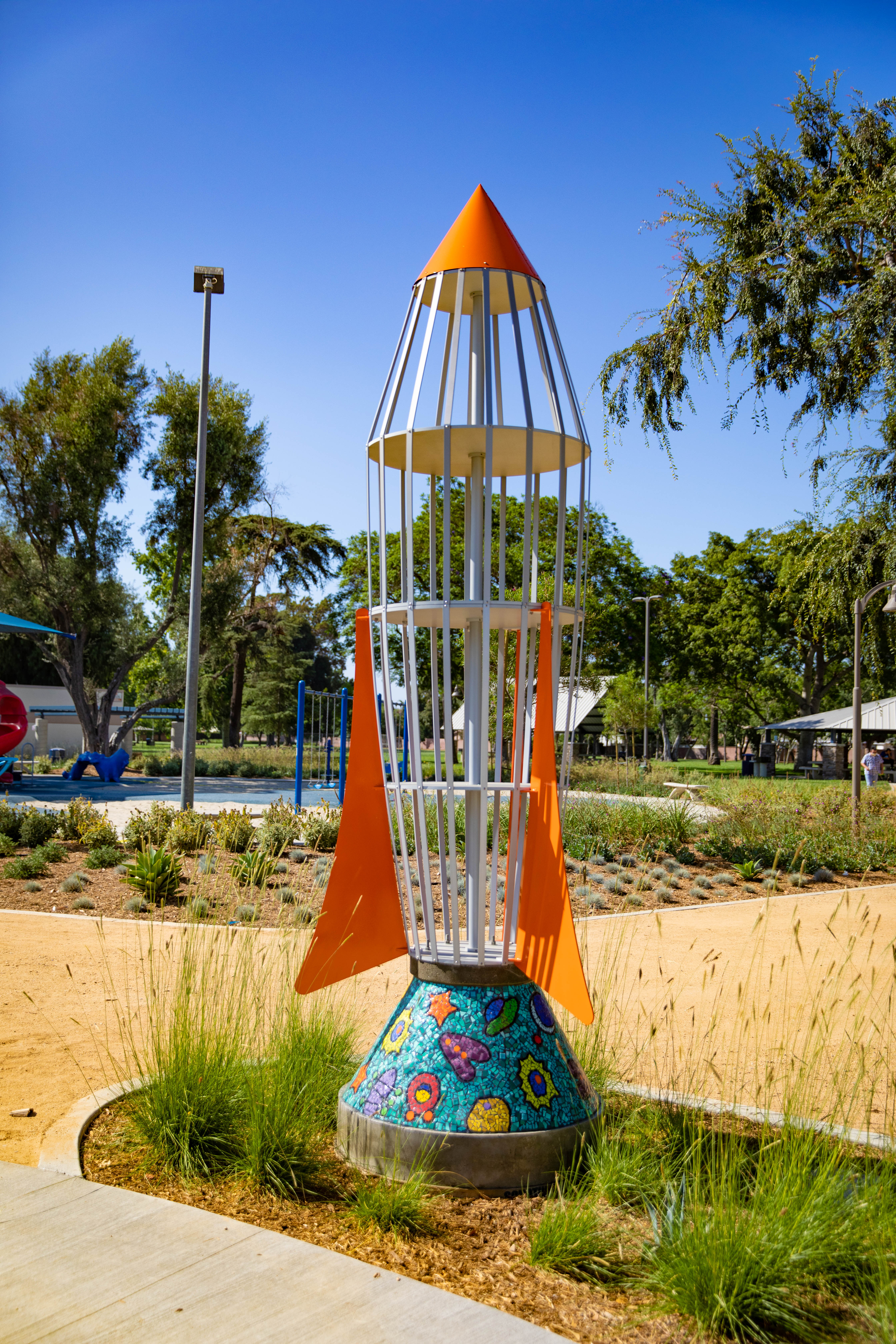 Finally, the city installed a public work at Furman Park, as part of the Measure S Neighborhood Improvement Projects Program. After consulting with local artists, the city council settled on the “Dreams of Tomorrow” by artist Lindsay Yost and designer Chris Tassos, both of whom have strong ties to Downey. The artwork draws from the city’s roots in the aerospace industry and uses mid-century design and color to appeal to local residents of all ages.

More information about Downey’s improved parks and recreation amenities and strengthened public safety will be available in the August issue of Western City Magazine.