Cities around the state have been working hard to educate residents about the importance of participating in the 2020 Census. They have used every platform available to promote the California Census Challenge on their websites, newsletters, videos, and social media.

The hard work paid off! Over the weekend, California  surpassed its 2010 Census self-response rate, with 68.3 percent of households taking the 2020 Census online, by phone, or mail. Between late July and late August 2020, the gap between California’s self-response rate and the national rate (65.5 percent) almost doubled, from 1.3% to 2.3%.

However, there is more work to be done. California ranks 19th in the country, with Minnesota leading the field with a self-response rate of 74.3 percent. We still need to keep up the pressure to get people counted.
When looking at cities in three population tiers, the California Secretary of State shows the cities of Monte Sereno, Piedmont, and Yorba Linda leading in top census self-response rates.

For cities with a population under 5,000 (Tier 1), the City of Monte Sereno, took the top spot with a self-response rate of 81.5 percent. City Manager Steven Leonardis said the city notified residents about the importance of completing the census through email blasts and by posting on Nextdoor, and is proud to be among the cities with the highest census response rates.

In a message to residents, Monte Sereno Mayor Liz Lawler said “everyone needs to be counted, regardless of race, ethnicity, age, gender or immigration status.”
Piedmont City Administrator Sara Lillevand, said they utilized the city’s website, newsletters, social media platforms, and electronic message boards to encourage residents to complete the census. The City of Piedmont has the top response rate of 89.3 percent in the Tier 2 category of cities with a population size of 5,000-50,000.

“As a rare ray of sunshine during COVID-19, we engaged in a ‘Census Challenge’ with the City of Clayton which was initiated by each city’s local newspaper and Mayor. This added some fun and friendly competition to the mix,” added Lillevand. 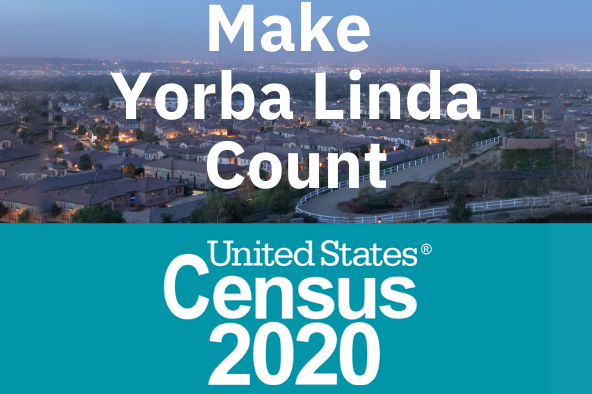 Yorba Linda, which has the top response rate of 83.9 percent among cities in the Tier 3 category  (population over 50,000), implemented a multi-faceted communications campaign to drive participation in the census. The city included articles in their monthly newsletters and created unique graphics for the city’s social media channels and website.

Yorba Linda also participated in a “Response Rate Challenge” with neighboring cities and one of their council members had a friendly rivalry with a council member of a nearby city to see who would take the top spot. Posting regular updates on social media about how the city was doing compared to its neighbors helped encourage residents to complete the census.

“The City of Yorba Linda is thrilled to see such a high turnout for the 2020 Census because it indicates we have a thriving community who understands how personal participation contributes to the common good,” continued Spencer.

The California Secretary of State’s California Census Challenge concludes on Sept. 30, with the national census deadline, It is critical for those Californians who have yet to fill out the form to complete the confidential, nine-question survey now, and help achieve a complete count.

Federal funds, grants, and support to states, counties, and cities are based on population totals and breakdowns by sex, age, race, and other factors. Each response contributes to cities getting their fair share of the more than $675 billion per year in federal funds spent on schools, hospitals, roads, public works and other vital programs. So please continue to promote the census challenge in your cities. Everyone counts!